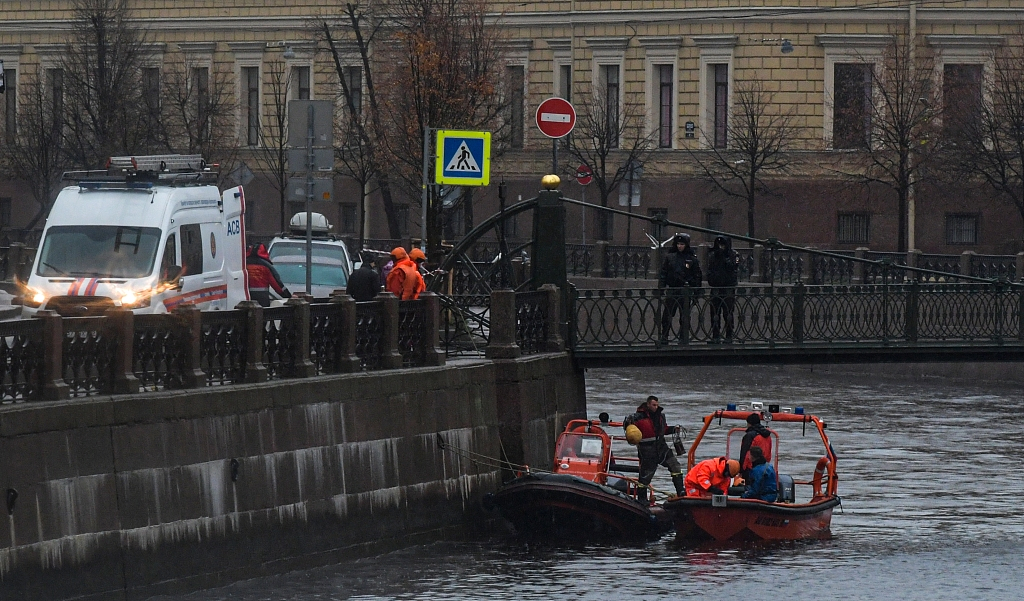 A prominent Russian historian has confessed to murdering his young lover and former student and dismembering her body in a grisly crime that sent shock waves across Russia.

Oleg Sokolov, a 63-year-old history lecturer who teaches at Saint Petersburg State University, was arrested on Saturday on suspicion of murder after he was hauled out of the icy Moika River with a backpack containing a woman's arms.

"He has admitted his guilt," Sokolov's lawyer Alexander Pochuev said, adding that he regretted what he had done and was now cooperating. Sokolov was reportedly drunk and fell in as he tried to dispose of body parts.

Police later found the decapitated body of 24-year-old Anastasia Yeshchenko at his home in the city of St. Petersburg. Sokolov told police that he shot and killed his lover during an argument and then sawed off her head, arms and legs, local media reported.

After disposing of the corpse, he reportedly planned to commit suicide at the Peter and Paul Fortress, one of the former imperial capital's most famous landmarks, dressed as Napoleon.

The historian is the author of several books on French emperor Napoleon Bonaparte. He acted as a historical consultant on several films and took part in historical re-enactments of Napoleonic wars.

There are doubts that Sokolov may have been under stress or emotionally disturbed. "He is an elderly person," Sokolov's lawyer said, adding he was being treated for hypothermia in a hospital.

The victim, Anastasia Yeshchenko, had co-authored a number of works with Sokolov. Russian state news agency TASS reported that Yeshchenko came from the southern Russian city of Krasnodar to study in St. Petersburg and had continued to work with Sokolov as a researcher before the tragedy happened.