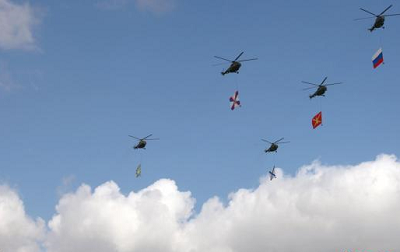 Russia's Emergencies Ministry said Saturday that it would send an aircraft with a search-and-rescue team to Norway to help look for the Russian Mi-8 helicopter that went missing in the Greenland Sea.

"In the near future, an Ilyushin II-76 aircraft of the Russian Emergencies Ministry will head for Norway, carrying rescuers and necessary equipment," the ministry's press service told reporters.

The rescue team consists of divers-rescuers equipped with a Falcon underwater vehicle, compressors, motor boats, diving apparatuses and other advanced equipment made in Russia, according to the ministry.

On Thursday, a Russian Mi-8 helicopter with eight Russian citizens on board was reported missing at 3:35 p.m. local time (1335 GMT) while flying over the Greenland Sea off a settlement on the Svalbard Islands within the territory of Norway.

An investigation was launched by the northwestern investigative department on transport safety of the Russian Investigative Committee, Tass news agency reported.