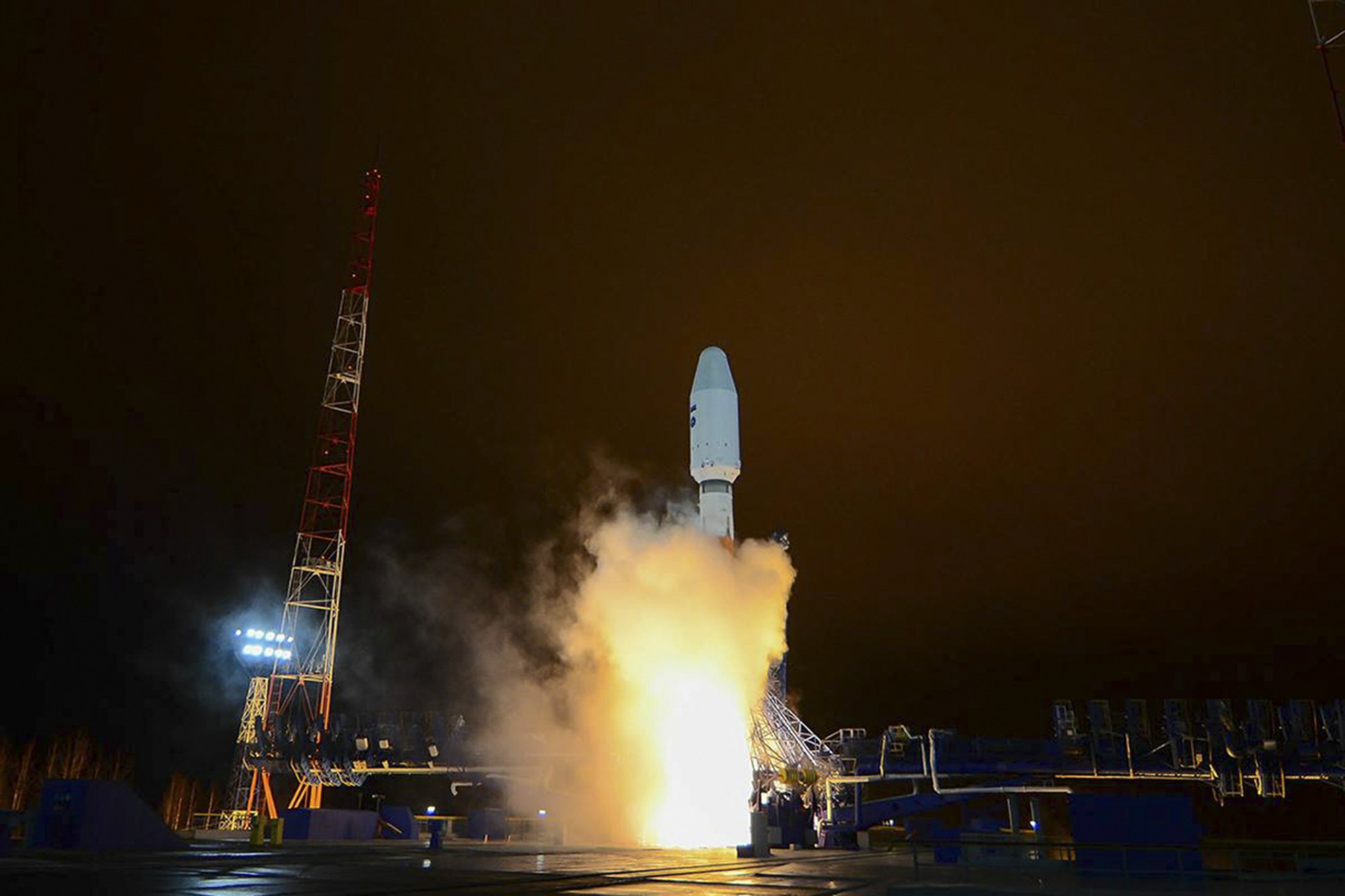 A Russian Soyuz rocket put a military satellite in orbit on Thursday, its first successful launch since a similar rocket failed earlier this month to deliver a crew to the International Space Station.

The Russian military said a Soyuz-2 booster rocket lifted off from the Plesetsk launch facility in northwestern Russia.

A Soyuz-FG rocket carrying NASA astronaut Nick Hague and Roscosmos’ Alexei Ovchinin failed two minutes into the flight on Oct. 11, sending their emergency capsule into a sharp fall back to Earth. The crew landed safely, but the Russian space agency Roscosmos had suspended all Soyuz launches until Thursday, pending a probe.

The official panel is yet to produce its formal verdict, but investigators have reportedly linked the failure to an element jettisoning one of the rocket’s four side boosters from the main stage that apparently had been damaged during final assembly at the Russia-leased Baikonur cosmodrome in Kazakhstan.

Russian space officials plan to conduct two other unmanned Soyuz launches before launching a crew to the space station. No date for the crew launch has been set yet, but it’s expected in early December.

The current space station crew — NASA’s Serena Aunon-Chancellor, Russian Sergei Prokopyev and German Alexander Gerst — was scheduled to return to Earth in December after a six-month mission. A Soyuz capsule attached to the station that they use to ride back to Earth is designed for 200 days in space, meaning that their stay in orbit could only be extended briefly.

Flight controllers could operate the station without anyone on board in case the Russian investigation drags into next year, but NASA Administrator Jim Bridenstine has said earlier this month that he expects Roscosmos to launch the next crew in December.

The Russian Soyuz spacecraft is currently the only vehicle for ferrying crews to the space station following the retirement of the US space shuttle fleet. Russia stands to lose that monopoly with the arrival of SpaceX’s Dragon and Boeing’s Starliner crew capsules.