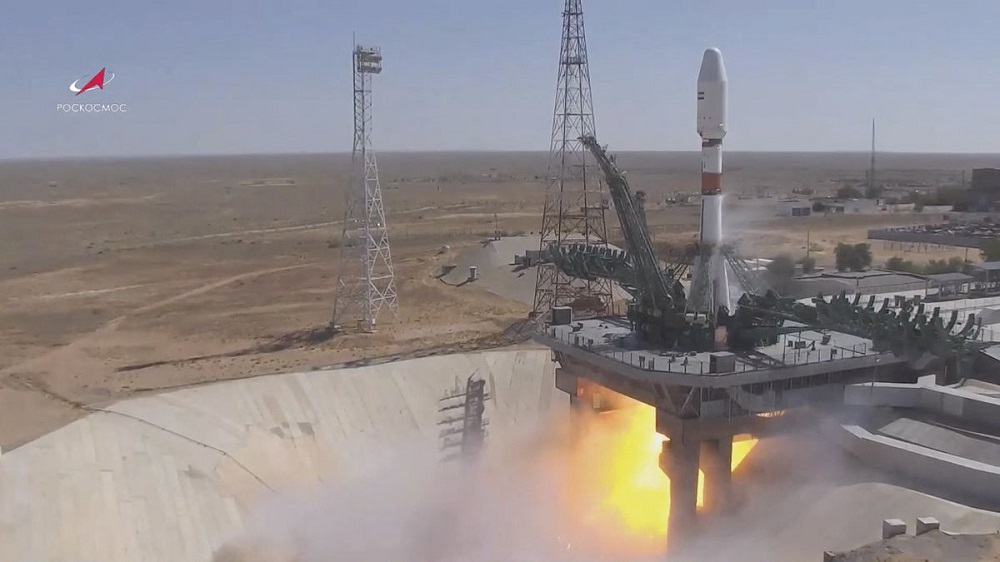 A Russian Soyuz rocket blasts off, carrying the Iranian satellite "Khayyam," from the launchpad at the Baikonur Cosmodrome, Kazakhstan, August 9, 2022. (Photo: CGTN via Roscosmos)

A Russian Soyuz rocket on Tuesday successfully launched an Iranian satellite into orbit from the Baikonur Cosmodrome in Kazakhstan, the Russian news agency Sputnik reported.

The remote Khayyam sensing satellite, named after Omar Khayyam, a Persian scientist who lived in the 11th and 12th centuries, was launched at 8:52 a.m. Moscow time on Tuesday, Russia's space agency Roscosmos said.

Yuri Borisov, head of Roscosmos, hailed the launch as an "important landmark" in cooperation between Moscow and Tehran.

The Iranians said the earth observation satellite would help improve agricultural productivity, the surveying of water resources, management of natural disasters, confront deforestation and the monitoring of border areas.

The Washington Post reported last week that U.S. officials are concerned about the space cooperation between Russia and Iran, fearing the satellite will not only help Russia in Ukraine but also provide Iran "unprecedented capabilities" to monitor potential military targets in Israel and the wider Middle East.

Iran rejected the concerns, saying the country will have full control and operation over the satellite "from day one."

The satellite, fitted with a high-resolution camera, is designed for scientific research including radiation and environmental monitoring for agricultural purposes, it said.