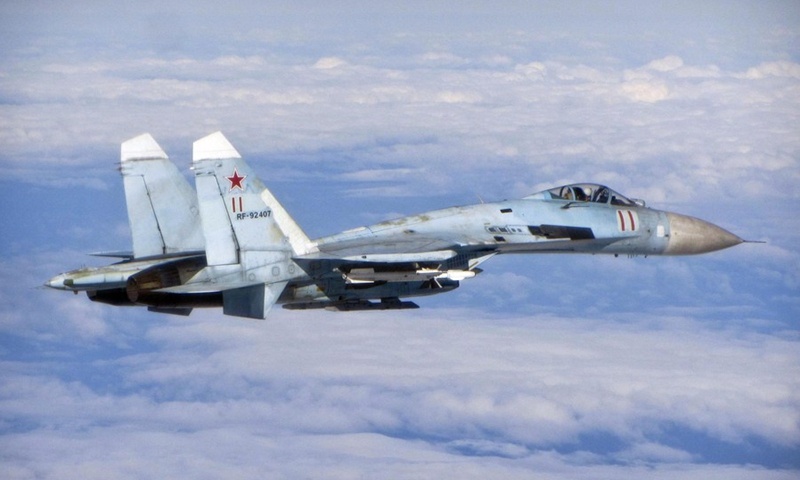 A file photo of a Russian Su-27 fighter (Photo: Xinhua)

Russian fighter Su-27 was scrambled to escort the B-52H bomber of the US Air Force over the Baltic Sea, the Russian Defense Ministry's National Defense Control Center (NDCC) said.

"A Su-27 fighter from the air defense forces of the Baltic Fleet was scrambled to identify the air target and prevent the violation of the Russian state border," the statement says.

The Su-27 pilot identified the aerial target as a US Air Force strategic bomber B-52H. He escorted the bomber over the Baltic Sea. After the US military aircraft turned from the border, the fighter returned to the home base.

"No violations of the Russian state border were allowed," the statement adds.

On Monday, Russian airspace control devices detected an air target approaching the Russian border over the neutral waters of the Baltic Sea.