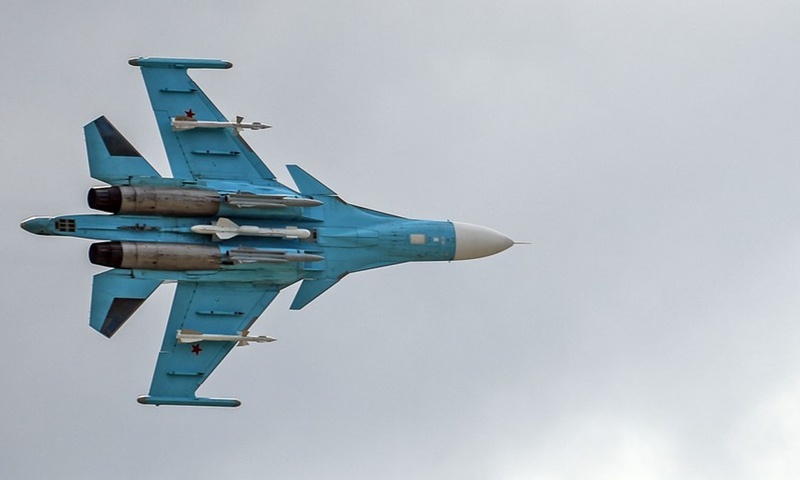 A Su-34 fighter-bomber jet performs during an airshow on the opening day of the International Aviation and Space Salon MAKS 2019 in Moscow, Russia, on Aug. 27, 2019. (Photo:Xinhua)

A Su-34 fighter jet belonging to the Russian Eastern Military District crashed in the Far Eastern city of Khabarovsk during a training flight on Wednesday, with both pilots ejected safely.

"There is no threat to their health. The crew members have now been evacuated to the home airfield," RIA Novosti news agency reported, citing the press service of the Eastern Military District.

The plane crashed at a wooded area, causing no damage on the ground, the agency said.

A commission from the Eastern Military District has been sent to the scene of the accident to identify its cause and circumstances, TASS news agency reported.