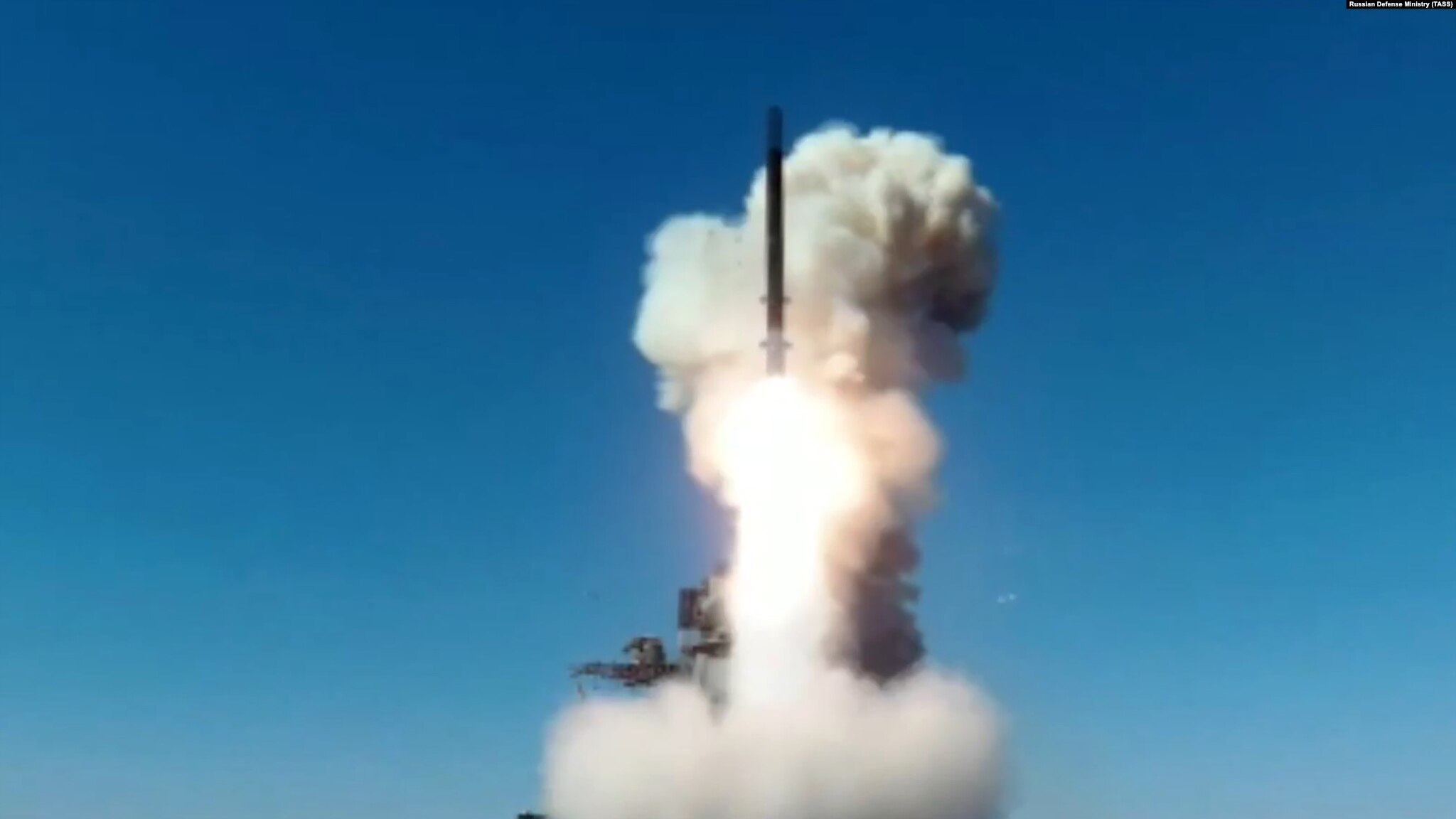 A Kalibr cruise missile during a Russian test-launch in the Sea of Japan in April. (File photo: TASS)

The missile was fired from underwater and hit a coastal target in Russia at a distance of over 1,000 km, it said.

According to TASS news agency, the Kalibr missile is capable of striking a target over 2,000 km away at a subsonic speed. The Russian Navy in the Mediterranean Sea has used these missiles to bomb Islamic State terrorists in Syria.