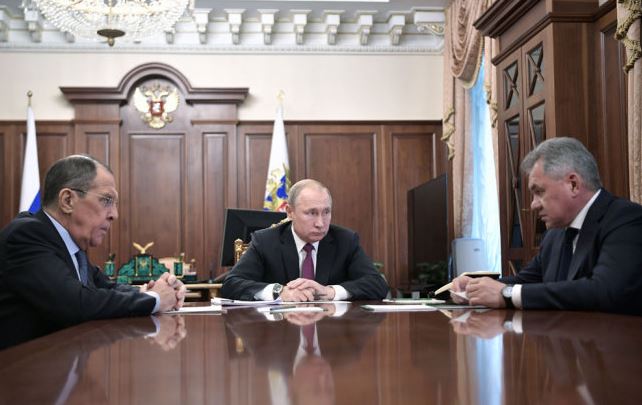 The Russian Federation Council, the upper house of parliament, endorsed Wednesday a bill suspending the country's participation in the Intermediate-Range Nuclear Forces (INF) Treaty signed between the former Soviet Union and the United States in 1987.

"Russia has done its utmost to preserve the treaty, but leaving the withdrawal of the United States without a response means sacrificing the interests of our national security," said Frants Klintsevich, a member of the Federation Council's Committee on Defense and Security.

"At the same time, we are ready to return to the execution of the treaty at any time," he said in a statement on the Federation Council's website.

The Russian State Duma, the lower chamber of parliament, passed the bill submitted by Russian President Vladimir Putin on June 18.

Putin decided to suspend Russia's participation in the INF Treaty in February in a mirrored response to the US decision to pull out of it within six months beginning in February.

Moscow and Washington have accused each other of violating the agreement in recent years amid increasing tensions.

On Tuesday, Secretary General of the North Atlantic Treaty Organization (NATO) Jens Stoltenberg said at a press conference that to save the treaty Russia has until Aug. 2 to verifiably destroy its SSC-8 missiles, which allegedly violate the treaty.

Russia has categorically rejected the accusations. It even displayed the missiles at Moscow's Victory Park on Jan. 23. Russian officials defended that the missile has a range less than 500 km, perfectly in line with the INF Treaty which defines the short range at 500 to 1,000 km and the intermediate range at 1,000 to 5,500 km.

Moreover, Moscow has accused Washington of testing drones and other systems banned by the INF Treaty.

Putin said on Feb. 20 in an address to the Russian Federal Assembly that if Washington deploys intermediate range missiles in Europe, Moscow will be forced to create and deploy weapons that can hit "centers making decisions on the use of missile systems that threaten us."