Russian-US crew launches on fast track to the space station

A trio of space travelers has launched successfully to the International Space Station, for the first time using a fast-track maneuver to reach the orbiting outpost in just three hours. 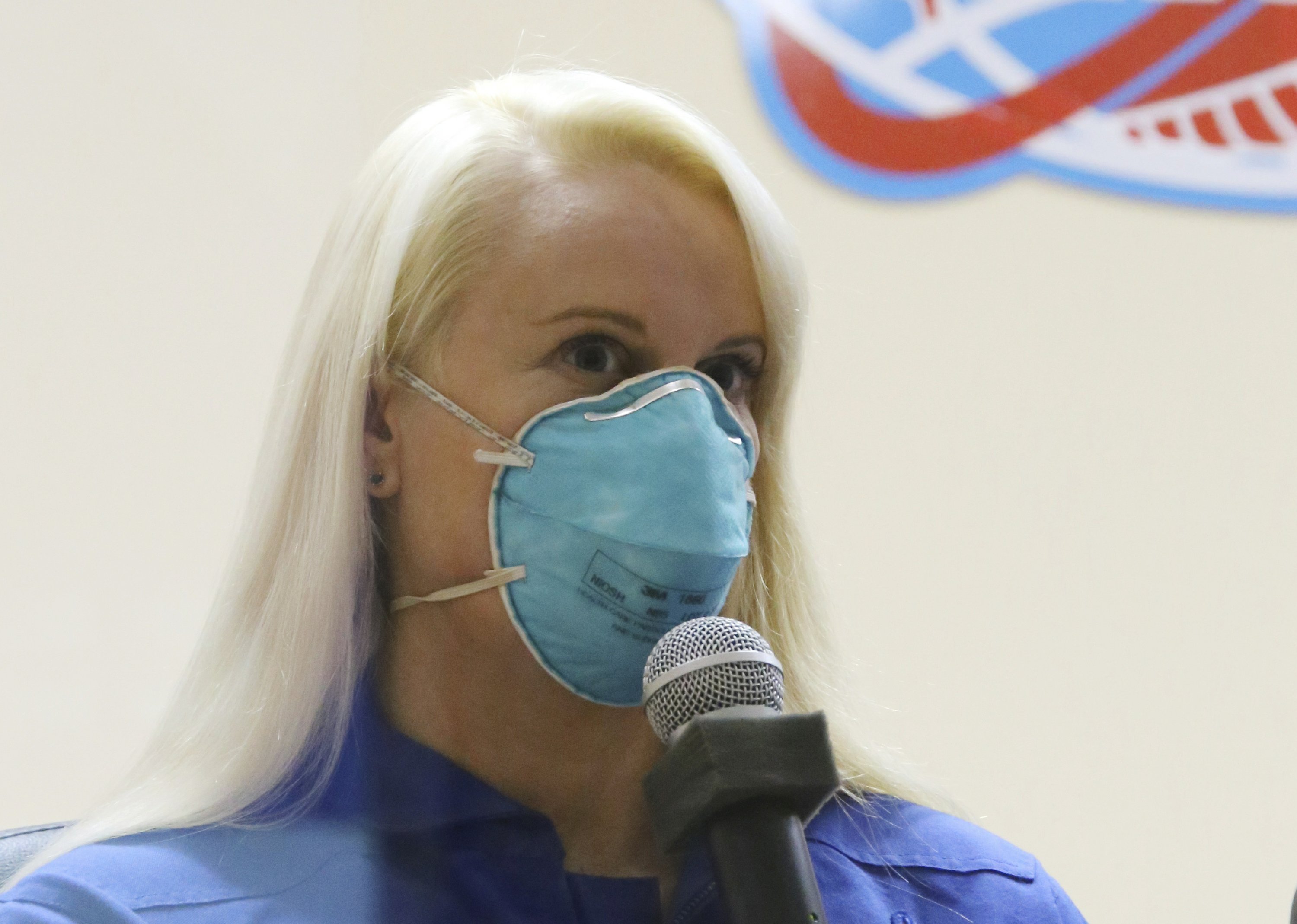 In this handout photo released by Roscosmos, U.S. astronaut Kate Rubins, member of the main crew to the International Space Station (ISS), speaks during a news conference at the Baikonur Cosmodrome, Kazakhstan, Tuesday, Oct. 13, 2020. (Photo: AP)

NASA's Kate Rubins along with Sergey Ryzhikov and Sergey Kud-Sverchkov of the Russian space agency Roscosmos lifted off as scheduled Wednesday morning from the Russia-leased Baikonur space launch facility in Kazakhstan for a six-month stint on the station.

For the first time, they are trying a two-orbit, three-hour approach to the orbiting space outpost. Previously it took twice as long for the crews to reach the station.

They will join the station's NASA commander, Chris Cassidy, and Roscosmos cosmonauts Anatoly Ivanishin and Ivan Vagner, who have been aboard the complex since April and are scheduled to return to Earth in a week.

Speaking during Tuesday's pre-launch news conference at Baikonur, Rubins emphasized that the crew spent weeks in quarantine at the Star City training facility outside Moscow and then on Baikonur to avoid any threat from the coronavirus.

"We spent two weeks at Star City and then 17 days at Baikonur in a very strict quarantine," Rubins said. "During all communications with crew members, we were wearing masks. We made PCR tests twice and we also made three times antigen fast tests."

She said she was looking forward to scientific experiments planned for the mission.

"We're planning to try some really interesting things like bio-printing tissues and growing cells in space and, of course, continuing our work on sequencing DNA," Rubins said.

Ryzhikov, who will be the station's skipper, said the crew will try to pinpoint the exact location of a leak at a station's Russian section that has slowly leaked oxygen. The small leak hasn't posed any immediate danger to the crew.

The Crew Dragon mission was pushed back from Oct. 31 into November, and no new date has been set yet. The delay is intended to give SpaceX more time to conduct tests and review data from an aborted Falcon 9 launch earlier this month.