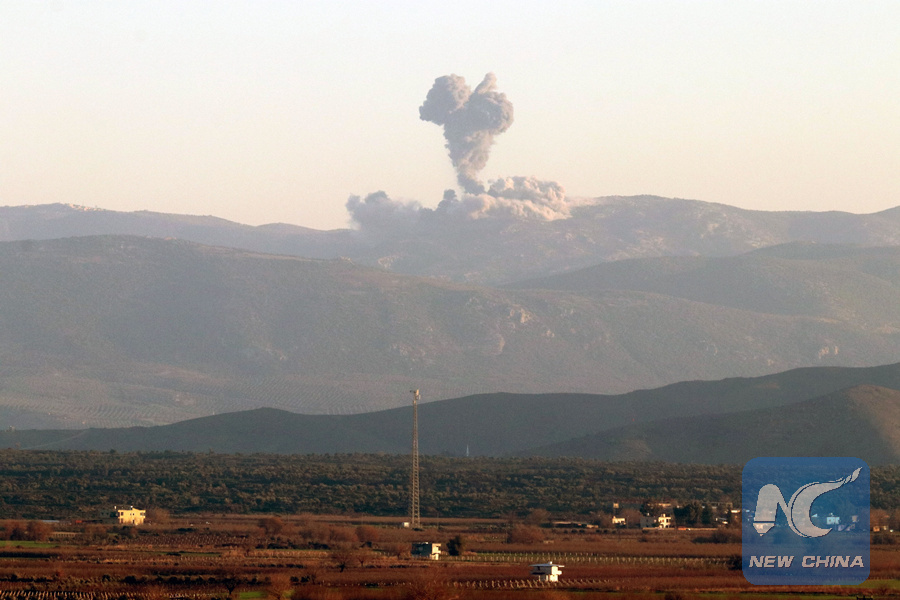 Smoke billows in the Syria's Afrin region, as it is pictured from the Turkish-Syrian border in Hatay province, Turkey, Jan. 20, 2018. Photo: Xinhua

The Russian Foreign Ministry said Lavrov and Tillerson also discussed promoting a peaceful settlement of the Syrian conflict under the auspices of the United Nations, which should be facilitated by the Syrian National Dialogue Congress to be held in Russia's city of Sochi with broad participation.

Earlier in the day, three Turkish F-16 jets launched 11 airstrikes on Kurdish positions on the outskirts of Kurdish-held Afrin in northern Syria near the Turkish border, marking the official beginning of the Turkish military campaign against the Syrian Kurdish fighters in the region.

Russia withdrew its servicemen from Afrin to avert dangers and urged the opposing sides to exercise restraint.