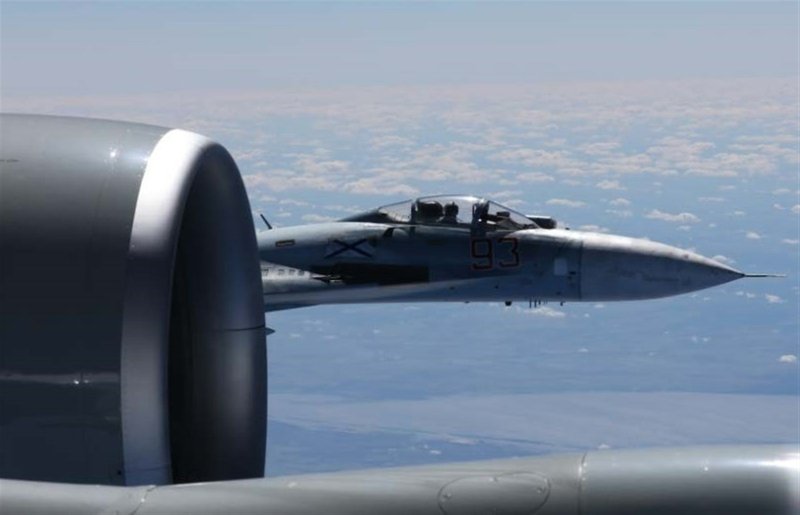 This is a dramatic photo of a Russian jet coming within a few feet of a US Air Force reconnaissance jet over the Baltic Sea June 19, 2017, in a maneuver that has been criticized as unsafe. (File photo: AP)

MOSCOW, Dec. 18 (Xinhua) -- Chief of the General Staff of the Russian Armed Forces Valery Gerasimov and Chairman of the US Joint Chiefs of Staff Mark Milley met Wednesday to discuss measures to prevent incidents during military activities.

At their talks in Bern, Switzerland, the top military officers exchanged views on strategic stability as well as the situation in Syria and other regions, the Russian Defense Ministry said in a statement.

The meeting was constructive, it said.