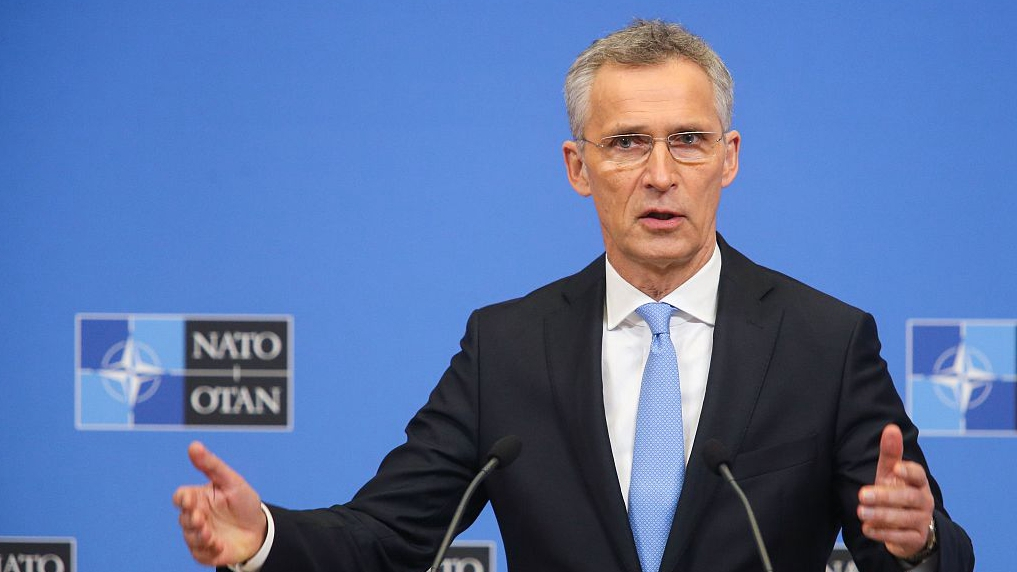 Turkish DNA agency reported earlier in the day that three frigates, Canadian Toronto, Spanish Santa Maria and Dutch Evertsen, have passed the Bosporus Strait on their way to the Black Sea.

The mission of the NATO naval group was not immediately clear.

The NATO has been conducting exercises with Georgia, located on the Black Sea, From March 18 to March 29, involving 343 military and civilian personnel from 21 NATO members, Azerbaijan, Sweden and Georgia.

Stoltenberg said NATO has increased its presence in the Black Sea to address the "security challenges."

NATO and Russian military maneuvers were conducted ahead of the Ukrainian presidential election on March 31, when incumbent President Petro Poroshenko will seek a re-election.