Tucked away in a Moscow office block, the laboratory could pass unnoticed were it not for the line of people waiting, as Russia rolls out mass testing for coronavirus. 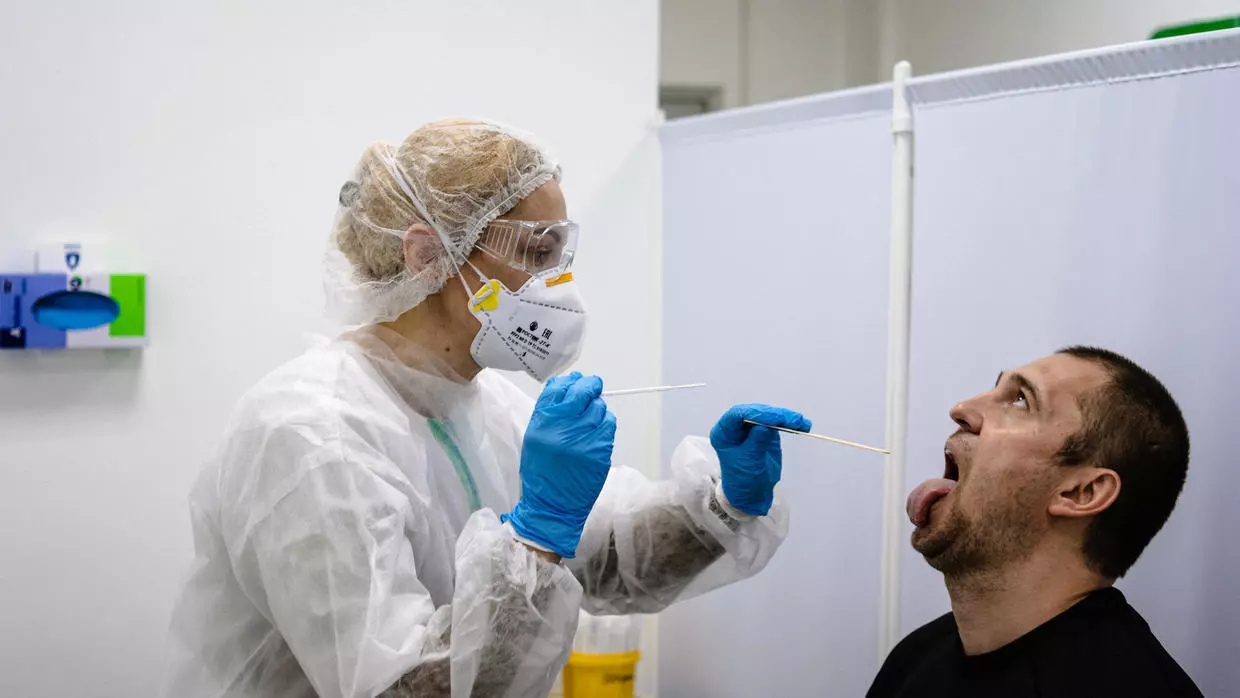 While those in line are observing social distancing, they do not have symptoms of coronavirus. They have come to the laboratory, part of a commercial chain called Gemotest that carries out a variety of medical tests, seeking confirmation that they do not have the virus.

"The lockdown is going to be relaxed in the next few weeks and I will start my work again which requires close contact with my clients. I have to know what my state of health is," says Ildar Giniyatullin, a 40-year-old masseur, as he waits for a nurse to take a saliva sample with a cotton swab.

With more than 270,000 cases, Russia is currently in second place in the world and Moscow is the country's worst-affected city.

The authorities say their strategy is mass screening of the population and boast of having carried out 6.6 million tests since the start of the pandemic.

The aim is to find people who test positive without symptoms, estimated to be just under half of those infected in Russia. The authorities also say the plan has helped keep down the mortality rate, which is remarkably low at less than 2,600 people, although critics have cast doubt on this figure.

Russians can use a number of ways to get tested, whether at a laboratory, at work or at home.

The Internet giant Yandex offered a free testing service at home for a few weeks and says it tested 20,000 people. It has now halted this service, saying free tests are now easily accessible elsewhere.

"The more people get tested, the easier it will be to halt the epidemic, also the economy will suffer less and there will be more opportunity to take appropriate measures," says Dmitry Gordeyev, a specialist in diagnosing infectious diseases at Gemotest.

While Moscow has extended its lockdown for most people to May 31, some sectors have been allowed to work, such as industry and construction. In some other regions, life has almost returned to normal and the national football championship is set to resume at the end of June.

Gemotest, which has branches across Moscow, offered people standard medical tests before the coronavirus outbreak -- a popular service as they work faster than state hospitals.

Gemotest started offering coronavirus tests after being supplied with kits by the country's main virus research centre in Siberia, Vektor, which are classed as highly reliable.

Now its laboratories are checking 9,000 tests a day and offer results within three days.

In a Moscow suburb, a startup called Sistema-Biotech, which is part of a large Russian holding, AFK Sistema, is working on a separate project aimed at speeding up mass screening.

The startup has around 30 staff working in a swiftly assembled laboratory in a previously disused hospital building. They say the test system they have developed will detect a possible virus infection within 30 minutes with equipment that fits into a doctor's bag.

If the express test gives an abnormal result that is likely to be the virus, the client would be asked to undergo fuller testing in a laboratory.

"The aim is to sieve through the people hoping to get tested so they don't overwhelm laboratories, where the tests are very effective but complex," says the head of the startup, Dmitry Mordvintsev.

The express test does not require a laboratory or a medically qualified tester. The startup hopes to make it available from June and produce up to 2 million a month to supply hospitals and large businesses.

"Mass public testing has to be done using simple methods, that's why this test was developed," Mordvintsev says.

On Friday Moscow also launched a mass campaign to test the public for coronavirus antibodies with the aim of building some "herd immunity".

Around 70,0000 people will be selected at random every three days for tests. The Russian authorities say the scale of this endeavour will be "unique worldwide."