Rwanda hit by series of earthquakes after Congo volcano eruption 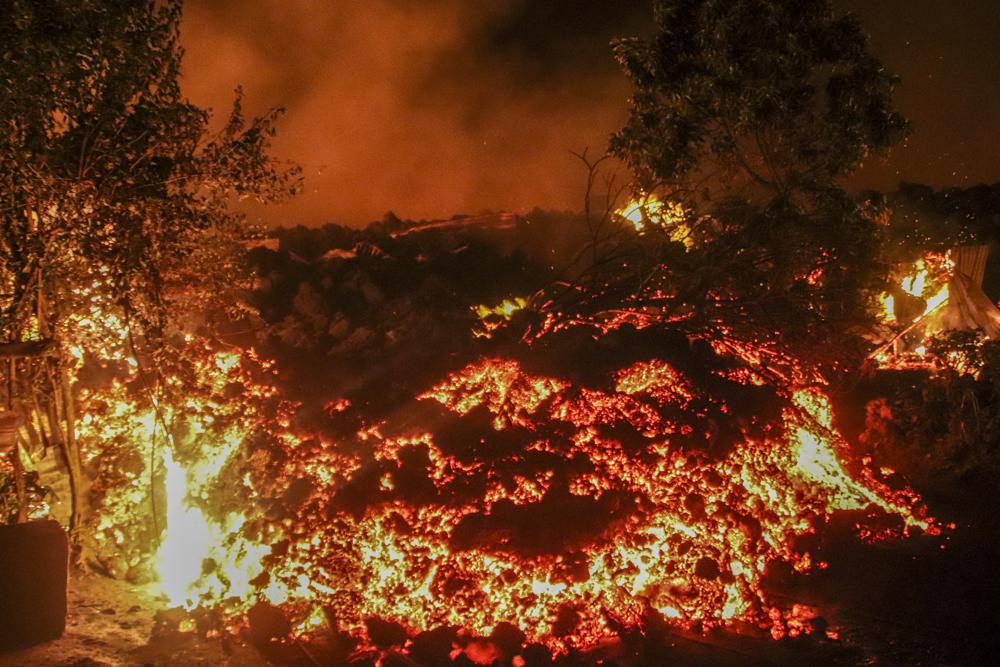 Lava from the eruption of Mount Nyiragongo is seen in Buhene, on the outskirts of Goma, Congo in the early hours of Sunday, May 23, 2021. (File photo: AP)

KIGALI, May 25 (Xinhua) -- A series of earthquakes have hit western Rwanda's Rubavu district that borders eastern Democratic Republic of the Congo (DRC), following Saturday's eruption of Mount Nyiragongo volcano close to the area, including a 5.3-magnitude earthquake on Tuesday morning.

The earthquakes have caused major cracks in residential and commercial houses, schools and several murram and tarmac roads, said Rubavu mayor Gilbert Habyarimana in a phone interview with Xinhua on Tuesday.

Several families have fled their homes and other have started sleeping outside their houses, fearing that houses could fall on them in case of a major earthquake, said Habyarimana.

The district is working together with Rwanda Mines, Petroleum and Gas Board and the ministry in charge of emergency management to look into the matter and address the challenges affected by people whose properties have been destroyed by the earthquakes, he said.

The earthquakes were also felt as far as the Rwandan capital city Kigali, over 160 km away from Rubavu, on Sunday, Monday and Tuesday morning.

From the seismic data recorded, earthquakes are occurring and being felt in Rubavu and other Rwandan districts after the volcano eruption, including an earthquake with magnitude scale of 5.3 at 11:03 a.m. local time on Tuesday in Rubavu, said Rwanda Seismic Monitor.

Between 6 a.m. to 8 a.m., the district experienced seven earthquakes.