Fascinated by the role played by live-streaming in e-commerce, Rwanda’s ambassador to the People's Republic of China, James Kimonyo, said it connects products, during a recent exclusive interview with People's Daily Online. 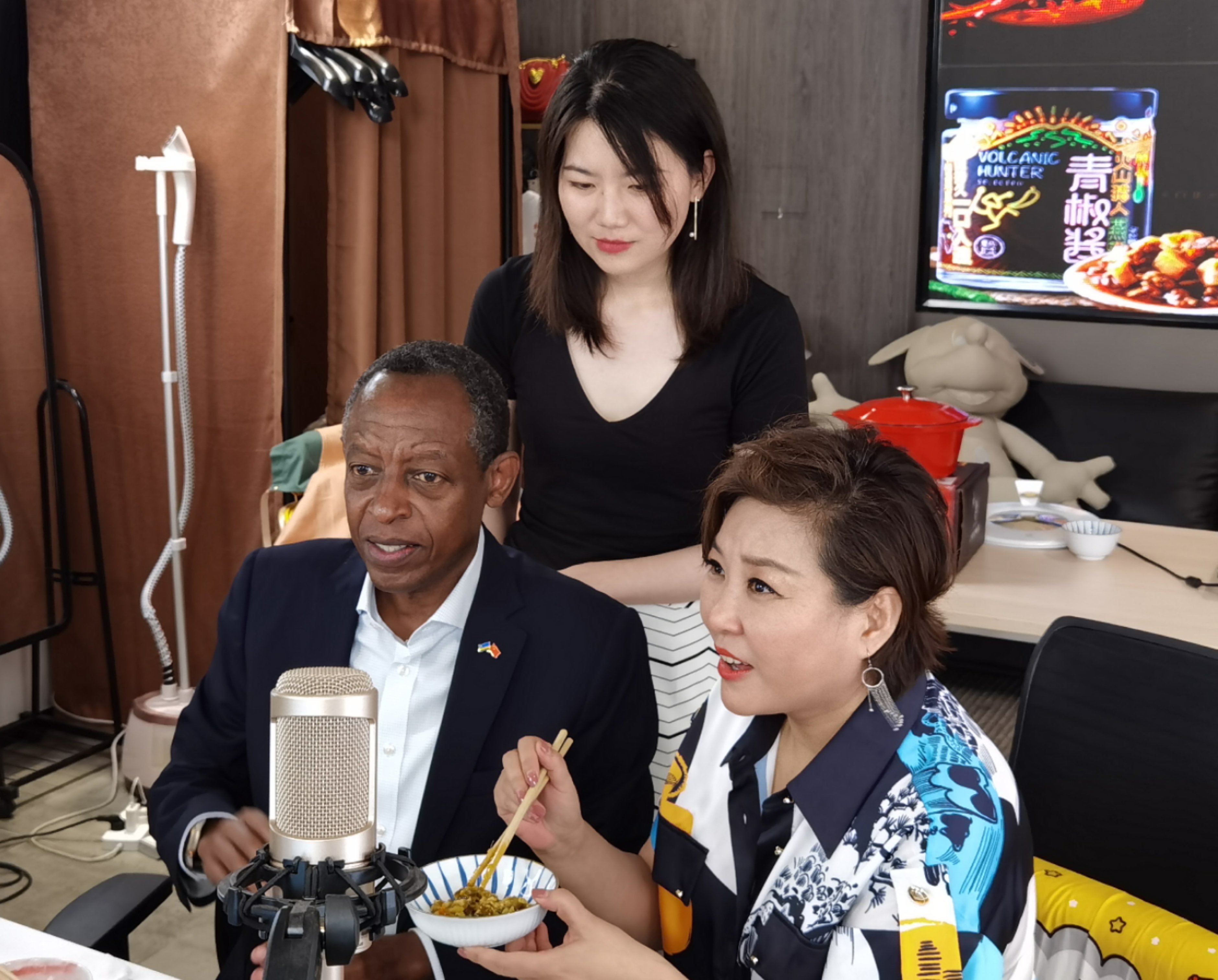 Sharing his experience by participating in five live broadcast sessions over the last two months, covering topics such as coffee, chili and tourism products, the ambassador has a keen interest in the pace at which products are being sold.

"There is an excitement with which consumers buy these products, especially for the people who help us in live broadcasting. It's so fascinating to see how fast things can go. A single figure can tell the whole thing: in one second, 3,000 packets of coffee were sold. This (live streaming) is new to me, but I have had a very good experience with it," Kimonyo said. 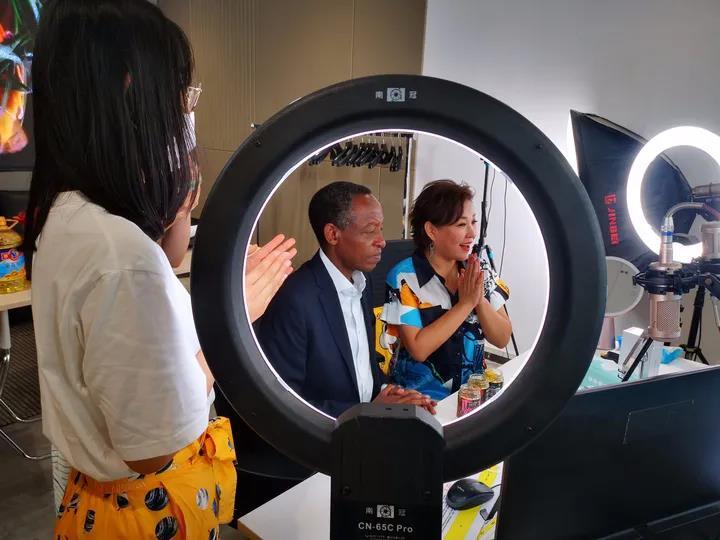 In the future, Rwanda hopes to establish cooperation with Chinese national and provincial institutions as well as private companies to promote more Rwandan products.

"We plan to participate more in these events, because they have allowed us to sell the products in full on behalf of our farmers. We could have a live broadcast and go to the rest of the world," the ambassador said, adding, "We want to work together in marketing and make Rwandan coffee known to Chinese consumers."

Though the COVID-19 pandemic has affected mobility and negatively impacted Rwanda’s activities and exports, thanks to the e-commerce platform, the problem has been mitigated to some extent.

"If the government continues to implement preventive measures like what China has done in terms of prevention, highly effective control and e-commerce, we can continue to thrive," explained the ambassador, adding that Rwanda is "definitely" trying to learn from what China has done.

"Not long ago, China was struggling, like many of our countries. But in the space of four decades, China has changed," Kimonyo shared. "We want to know how China has been able to apply technology to transform the country’s economy and develop its industries that have made China the world's largest exporter." 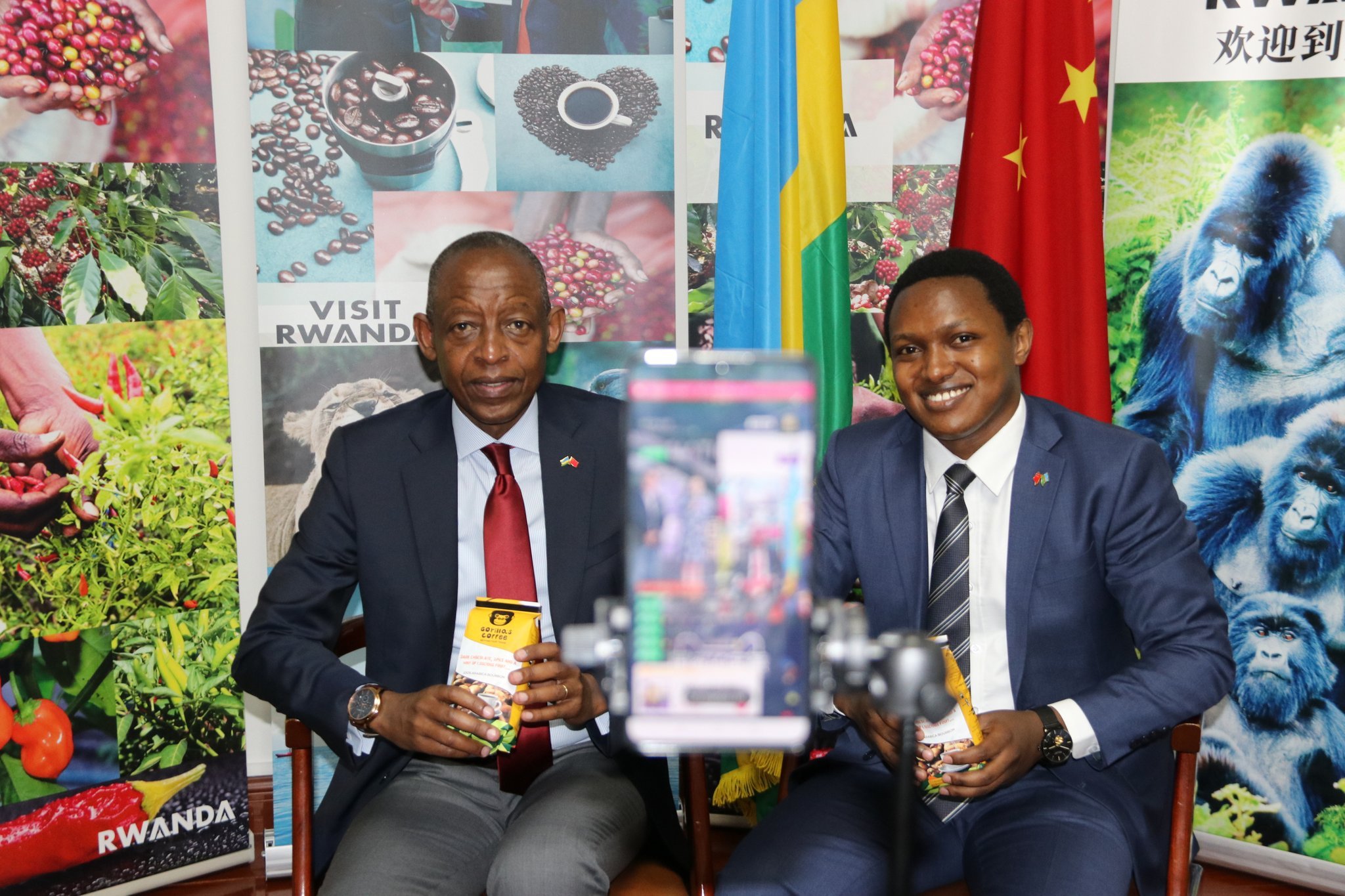 During President Xi Jinping's visit to Rwanda in 2018, China and Rwanda signed a memorandum of cooperation on e-commerce. "In the same year, Chinese e-commerce giant Alibaba and the Rwandan government launched the Electronic World Trade Platform (eWTP) partnership, making Rwanda the first African country to launch this type of platform. It means a lot to us," Kimonyo said.

Over the past two years, the platform has boosted Rwanda's exports, with that of coffee alone increasing by 40 percent just after the signing of the partnership agreement.

Rwanda hopes to have sufficient human capital to develop its digital economy. While some startups in Rwanda are trying to work on (digital) technologies, they are learning about what China is doing to become part of the digital economy.

"We want to see how it goes and try to learn how the Chinese mobile payment system works. We are also trying to initiate and guide young people in the use of technology. We already have 22 young people studying full-time in Hangzhou, China, to graduate in e-commerce, and more students will soon be joining this course," he shared. 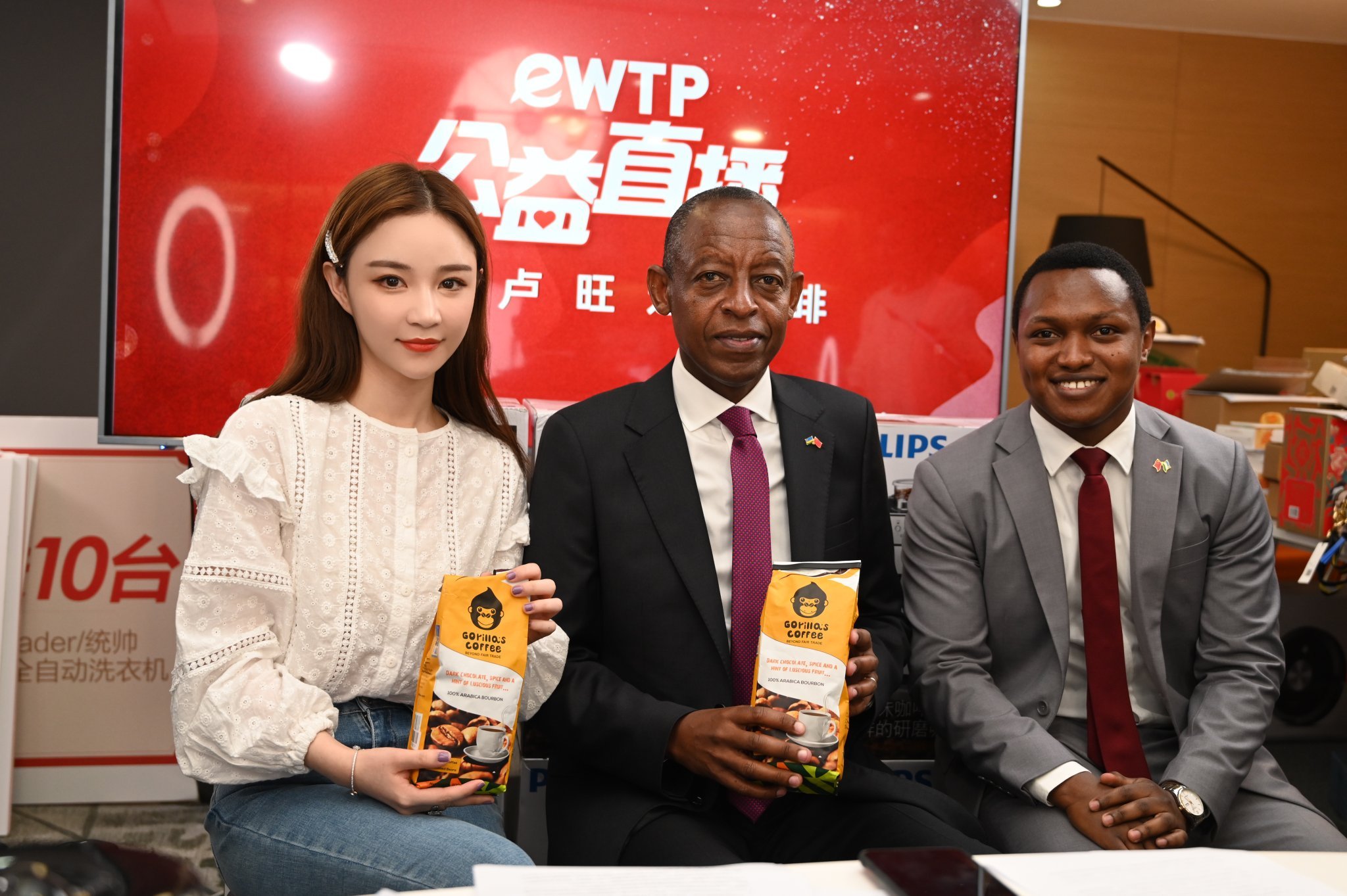 According to the World Bank's Doing Business 2019 report, Rwanda ranks 29th in the world and second in Africa. Kimonyo explained that the Rwandan government has undertaken comprehensive reforms to create a business-friendly environment. "For example, in Rwanda, starting a business takes only six hours and many procedures can be completed online."

As China and Rwanda continue to strengthen their economic cooperation, Rwanda hopes to attract more Chinese investors, the ambassador said, explaining that Rwanda has already developed many industrial parks and expects Chinese companies to invest in the country in the fields of energy, infrastructure, pharmaceuticals and manufacturing.

With 70 percent of the Rwandan population living on agriculture, Kimonyo explained: "We have wanted to invest in agriculture for many years. Now we want to see private capital coming in terms of commercial agriculture." The ambassador hopes that Chinese companies will be able to invest in Rwanda's tertiary sector, such as services and tourism.