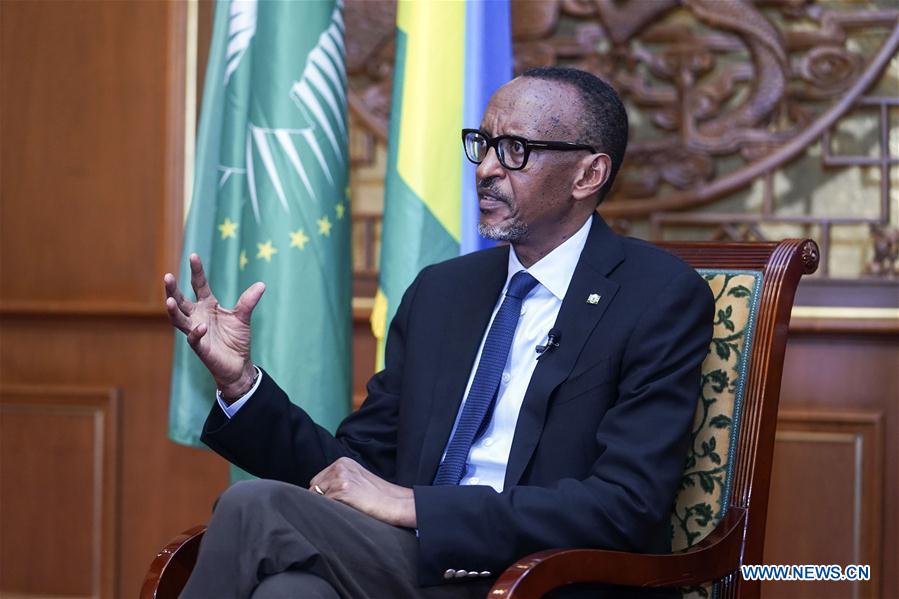 Rwandan President Paul Kagame receives an interview in Beijing, capital of China, Sept. 2, 2018. Paul Kagame is here to attend the Beijing Summit of the Forum on China-Africa Cooperation. (Photo: Xinhua)

KIGALI, Jan. 1 (Xinhua) -- Some external forces are trying to jeopardize the good progress in East African integration and regional security, which is cause for concern, Rwandan President Paul Kagame said Monday in his end-of-year message on state-run Rwanda TV.

He was referring to the Democratic Forces for the Liberation of Rwanda (FDLR), a rebel group based in Democratic Republic of Congo (DR Congo), and the Rwanda National Congress (RNC), an opposition group in exile that aims to topple the government.

Last December, Kagame said that the FDLR was working with the RNC and some of Rwanda's neighbors after suspected rebels assaulted western Rwanda, which sparked a fire exchange between the attackers and the government army.