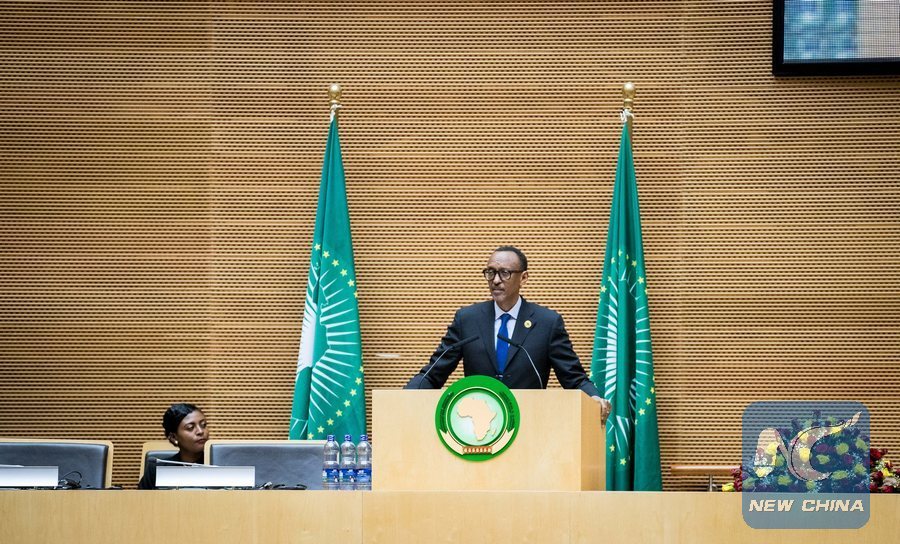 Rwandan President Paul Kagame on Sunday took over chairmanship of the African Union (AU) during the heads of state and government summit of the AU.

Kagame took over the chairmanship from Guinea's President Alpha Conde at the 30th Ordinary Session of the Assembly of the Heads of State and Government, within the framework of the 30th AU Summit, held in Addis Ababa, Ethiopia.

The 30th AU summit held from Jan. 22 to 29 is being convened under the theme "Winning the Fight against Corruption: A Sustainable Path to Africa's Transformation."

Africa's defining challenge is to create a pathway to prosperity for its people, especially young people, said Kagame, who also leads the the chair of the Union for a one-year term, and the chairmanship rotates among the five sub-regions of the continent.

African countries need to work in unity, create a single continental market, integrate their infrastructure and infuse their economies with technology, said Kagame in his acceptance speech.

He called on African countries to create a single continental market, integrate infrastructure, infuse economies with technology and stay together.

Africa is "nearly ready" to adopt the Continental Free Trade Area, said the new chairperson. "It really needs to be done this year."

According to him, freedom of movement for people in Africa "is achievable in 2018."

The following are the past chairpersons of the AU in chronological order and their positions when serving as the chairperson.