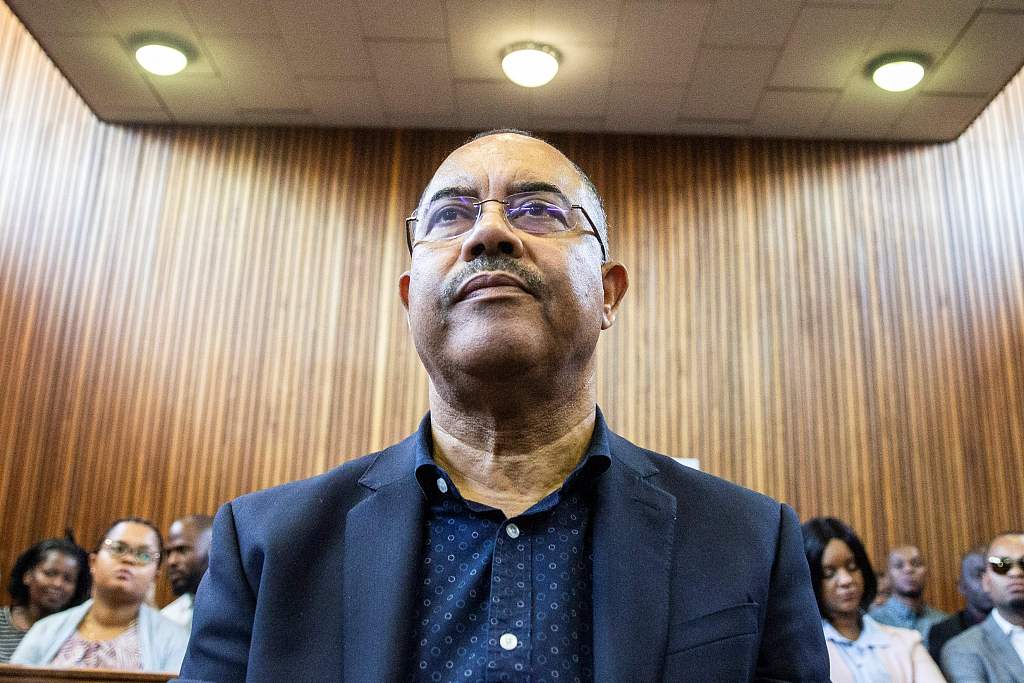 A South African judge on Wednesday ruled in favour of the arrest of Mozambique's former finance minister Manuel Chang, who was detained at Johannesburg airport over alleged secret loans to Mozambican state companies totalling $2 billion.

Chang's lawyers argued that his detention by South Africa on a US extradition request was illegal.

But judge Sagra Subroyen dismissed the application at Johannesburg's Kempton Park magistrates court, saying "this court agrees with the state to consider that the arrest warrant is valid".

Chang, who was Mozambique's finance minister between 2005 and 2015, is accused by US authorities of conspiracy to commit wire fraud, securities fraud and money laundering.

Between 2013 and 2014, Mozambique state-owned security companies borrowed about $2 billion from foreign lenders, but the government only disclosed most of the debt to the International Monetary Fund in 2016.

The hidden debt plunged Mozambique into its worst financial crisis since independence in 1975.

Since Chang's arrest on December 29, three former employees of Credit Suisse bank have also been arrested in London for possible extradition after being charged in New York.

US prosecutors allege that Chang received $12 million to agree to signing the loan agreements to supposedly finance a tuna-fishing fleet and maritime surveillance project.

About $200 million was spent on bribes and kickbacks, according to the US indictment.

Mozambique's attorney general said Monday there were 18 defendants in their own investigations into the case, but no convictions have been made since the scandal was unearthed in 2015.

In addition to Chang, two other unnamed Mozambican citizens are accused by US prosecutors of being involved in fraud related to the $2 billion debt.

Lebanese businessman Jean Boustani, accused of helping coordinate the alleged fraud, was arrested at a New York airport on January 2.

The arrest of Chang, who is still a lawmaker for the ruling Frelimo party, has fuelled anger in Mozambique over the scandal ahead of elections expected in October.

His lawyers applied for bail on Wednesday.