The two-week training that Johannesburg Metropolitan Police Department (JMPD) received from Chinese police would play a critical role in curbing crime within the city, according to the JMPD. 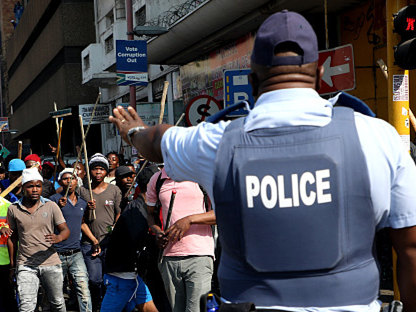 JMPD spokesperson Wayne Minnaar told Xinhua on Monday that 28 metropolitan officers were part of the intensive training from the Fujian Police College from China. They were offered training and it would help to tackle crime.

"The focus of the training was to teach officers techniques in hand-to-hand combat, where officers could exercise unarmed defence and control measures, when arresting suspects. As well as tactical principles on how to execute surprise moves on suspects when entering a house or a building to face armed suspects," he said.

He added that the training also included methods on how to restrain aggressive armed criminals and hijacked vehicle.

Minnaar said that the JMPD did not pay for the training.