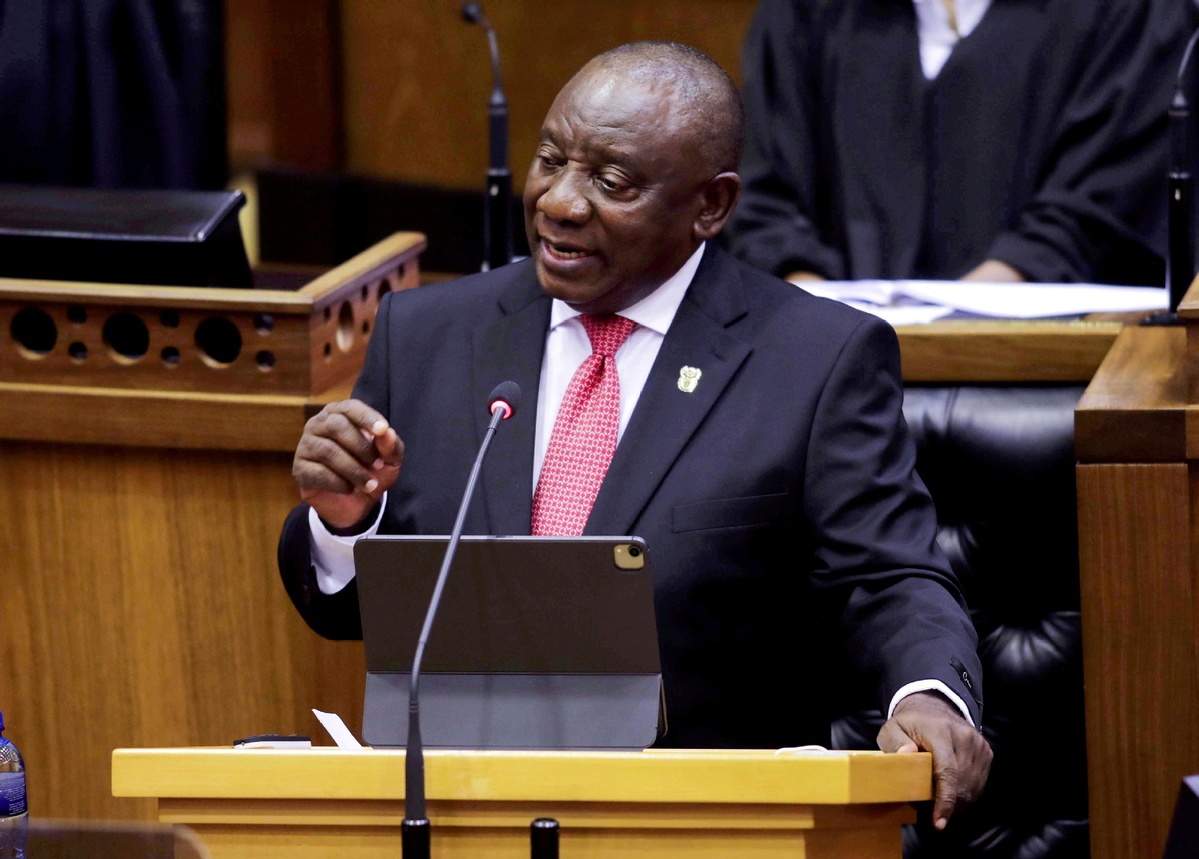 South African President Cyril Ramaphosa carried out a major cabinet reshuffle covering not only security posts but also the economy and health on Thursday, following unprecedented unrest over the jailing of his predecessor.

Under pressure after last month's unrest claimed 354 lives, Ramaphosa said he was abolishing the ministry of state security and placing the "political responsibility" of the spy agency under his office. The weaknesses of the ministry were exposed during the unrest.

"While calm has been restored to the affected areas and our law enforcement agencies are working hard to bring those responsible to justice, we have acknowledged that our security services were found wanting in several respects," he said in a televised speech.

"This is to ensure that the country's domestic and foreign intelligence services more effectively enable the President to exercise his responsibility to safeguard the security and integrity of the nation."

The move came in the wake of what he described as an orchestrated campaign of public violence, destruction and sabotage that broke out after his predecessor Jacob Zuma was jailed for 15 months for ignoring a judicial investigation into corruption while in office.

Thousands of businesses were looted and destroyed over several days, forcing the government to deploy 25,000 soldiers to help restore order.

Zuma was admitted to hospital for medical observation on Friday, said the government's correctional services department in a statement.

Ramaphosa also replaced the country's health minister Zweli Mkhize, widely respected for his handling of the coronavirus pandemic, but he is also shrouded in an alleged corruption scandal involving coronavirus communications funding.

Ramaphosa said Mkhize had asked to step down in order to bring certainty and stability to this important portfolio. Mkhize was replaced by Joe Phaahla, who had been the deputy health minister.

Mkhize, who had been health minister since 2018, has denied any involvement in the Digital Vibes contract.

His case was one of more than 4,000 coronavirus-linked contracts being investigated for alleged graft by the government's Special Investigation Unit.

Online newspaper Daily Maverick reported that some of the communication funds were siphoned toward a new upmarket nail bar run by Mkhize's daughter-in-law, which was opened in December.

Some of the funds reportedly funded a hair salon said to be owned by his son Dedani, who has denied benefiting from the antivirus funds.

Mkhize gained popularity and respect through his strategic and skillful handling of the pandemic in Africa's worst hit country.

The doctor-turned-politician and former treasurer of the ruling African National Congress had once been touted as one of the potential successors to Ramaphosa.

Finance Minister Tito Mboweni was replaced by Enoch Godongwana, the ANC's head of economic transformation subcommittee and chairman of the Development Bank of Southern Africa. Mboweni said he had long been asked to step down.

Ramaphosa took over the reigns of power in 2018 following Zuma's forced resignation by the ANC, pledging to root out the corruption that is blamed for undermining the economy of Africa's most industrialized country.