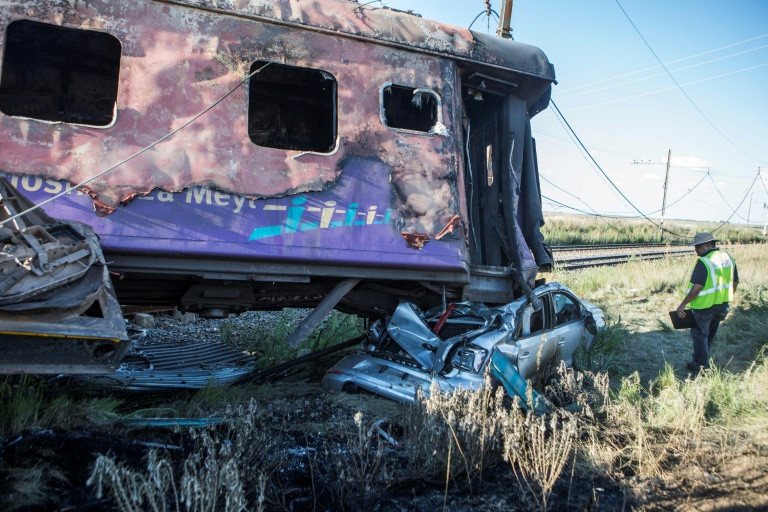 South African police launched a manslaughter investigation Friday following a train crash that killed at least 18 people and injured 254 others in one of the country's worst ever rail disasters.

The passenger train, travelling from Port Elizabeth to Johannesburg, smashed into a lorry at a level crossing near Kroonstad in central Free State province on Thursday and then burst into flames.

The lorry driver, who the country's transport minister Joe Maswanganyi accused of "taking chances... that cost lots of lives", will be central to the probe.

"There is a case of culpable homicide open to be investigated and thereafter it is for the director of public prosecutions to determine who must be prosecuted," Free State police spokesman Brigadier Motantsi Makhele told AFP.

"It's just a case open for further investigation."

In South African law, "culpable homicide" is the equivalent of manslaughter.

Makhele added that nobody was in police custody nor has anyone been charged in connection with the crash. The process of identifying bodies was ongoing, he said.

Mthuthuzeli Swartz, the acting chief executive of the Passenger Rail Agency of South Africa's rail division, confirmed on Thursday that 18 people had been killed and 254 injured, adding that it would be "tragic and unexpected" for the death toll to increase further.

"Police are investigating. The truck driver was taking chances... that cost lots of lives," Maswanganyi told reporters at the scene on Thursday.