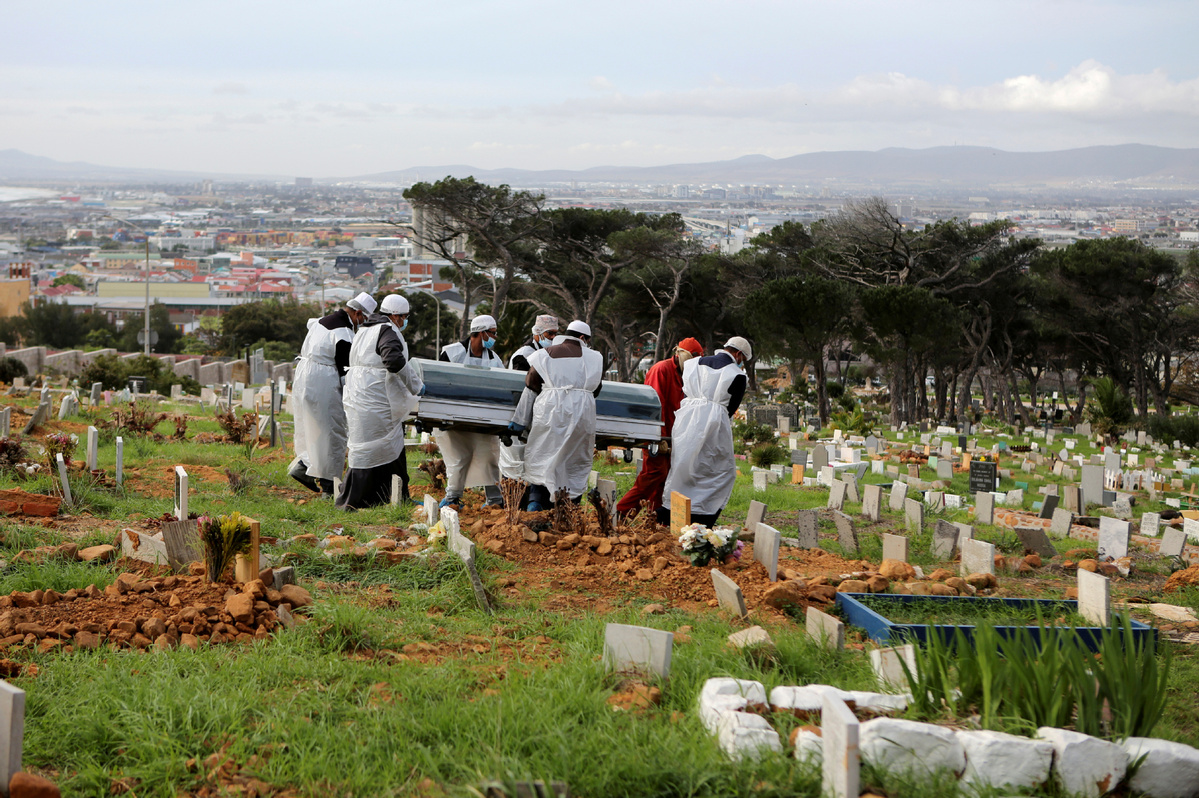 Family members and funeral workers carry the coffin of a 51-year-old man who died from the coronavirus disease (COVID-19), at a cemetery in Cape Town, South Africa, on May 12, 2020. (Photo: Agencies)

According to his daily update, the total number of the confirmed COVID-19 cases in South Africa has risen to 13,524, with a further nine COVID-19 related deaths, bringing the country's total deaths to 247.

"We are, however, encouraged by the rising number of recoveries which now stands at 6,083," he said.

The Western Cape province remains the epicenter with 7,798 confirmed cases, to be followed by Gauteng with 2,210, the Eastern Cape with 1,662, and KwaZulu-Natal with 1,482.

Although the pandemic has kept spreading at a much higher rate over the past few days, the country is preparing to further ease restrictions.

President Cyril Ramaphosa said on Friday that his country would soon advance to level-three restrictions earlier than previously announced.

Speaking after co-chairing a virtual meeting of the National Economic Development and Labor Council (NEDLAC) constituencies to assess preparations for the step-down from level four to level three, the president said the work done by the NEDLAC and the government's continued consultation with other sectors could deliver an earlier advance to level three before the end of May.

Ramaphosa promised on Wednesday that most of South Africa, except a number of COVID-19 hotspots, would move to level-three lockdown restrictions by the end of this month.

The country eased the level-five lockdown, imposed on March 27, to level four on May 1, allowing some businesses to reopen.

The NEDLAC views level three as an opportunity for expanding local production and greater consumption of South African-made goods by consumers, as part of the efforts to reverse the economic losses suffered during the national lockdown, Ramaphosa's office said.