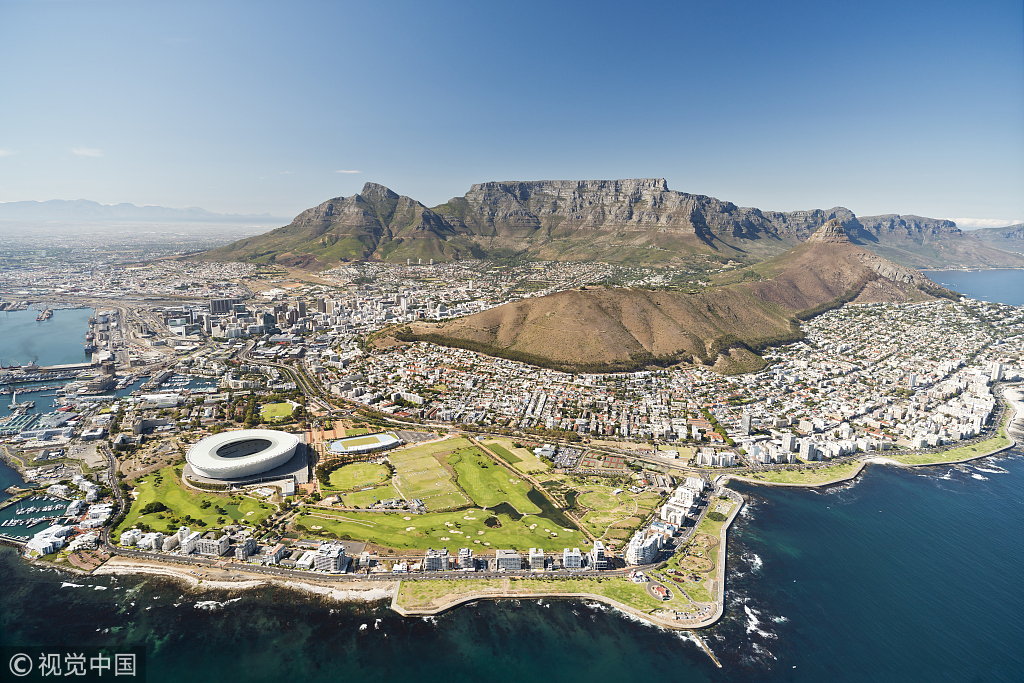 The South African City of Cape Town, once on the brink of becoming the world's first metropolis to run out of water, announced on Thursday it will lower water restrictions starting from Saturday.

Water restrictions and the associated tariffs will be lowered from Level 5 to Level 3 recovery restrictions, City Mayor Dan Plato said.

Tariffs will also be lowered to Level 3 which means that if residents use less than 6,000 litres per month, they can expect to pay 35.5 percent less, City Mayor Plato said.

Meanwhile, the 40-percent restriction on water usage applicable to businesses has also been removed but the sector is strongly encouraged to continue implementing and investigating the further efficient use of water in their operations, Plato said.

This decision was made following the National Department of Water and Sanitation's latest water assessment, according to Plato.

Restrictions remain on a fairly strict recovery level as a precaution to deal with rainfall uncertainty in 2019 and 2020, he said.

The city views 2019 as a recovery year after having successfully emerged from a three-year unprecedented drought.

After months of good rain, the city has seen the average dam level reaching over 70 percent, from a historical low of about 16 percent in the beginning of the year.

Based on the national government's assessment of the hydrological year, a saving of between 10 percent and 20 percent for urban water users has been proposed.

However, the city has decided to implement a more cautious 30-percent saving to help with the recovery of the dams and to cater for the uncertainty that exists around rainfall volumes and frequency in 2019, according to Plato.

"We encourage Cape Town's water ambassadors to maintain their water-wise approach during the recovery phase and as the metro moves towards becoming a more water-sensitive city in the near future," the mayor said.

On Jan. 1 this year, the city began to implement Level 6 water restrictions amid predictions that the city might be the first major metropolis in the world to run out of water.

The city then made an emergency plan to implement Day Zero in March. Day Zero refers to the time when dams suppling water to the city would run dry, the city's taps would be switched off and water would have to be collected from designated points.

In September, the city lowered water restrictions from Level 6 to Level 5 thanks to substantial rainfall.

As the second-most populous urban area in South Africa after Johannesburg, Cape Town is the capital of the Western Cape province and the seat of South Africa's Parliament, with a population of nearly 4 million.

In 2014, the city was named the best place in the world to visit by both the American New York Times and the British Daily Telegraph.