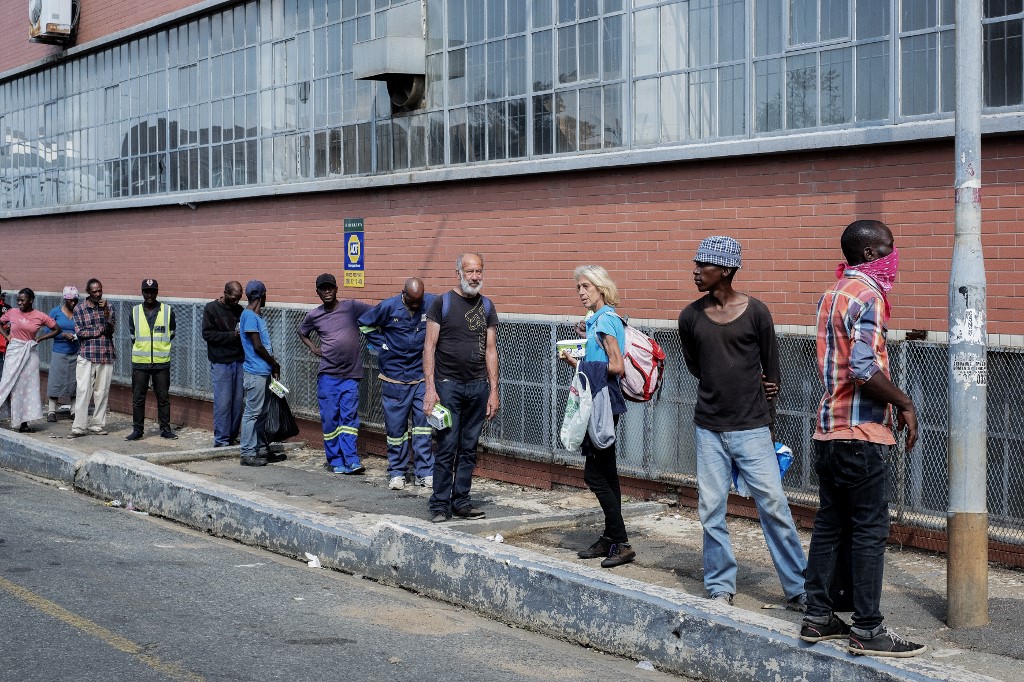 People queue as they wait for a food distribution by the Cleveland Civic Committee in Cleveland, near Johannesburg, on April 20, 2020. (Photo: AFP)

Four more patients have died of the virus, bringing the death toll to 58, said the minister, adding the total number of recoveries stood at 1,055.

There has been a significant increase in mass community screening and testing across provinces, according to Mkhize, adding tests have been conducted on 121,510 patients in both public and private sectors.

Gauteng Province remains the epicenter with 1,170 cases, followed by Western Cape with 940 and KwaZulu-Natal with 639.