South African President Cyril Ramaphosa said Tuesday he wants a role in "healing and atonement" following the 2012 massacre of 34 striking miners at a company where he was a director. 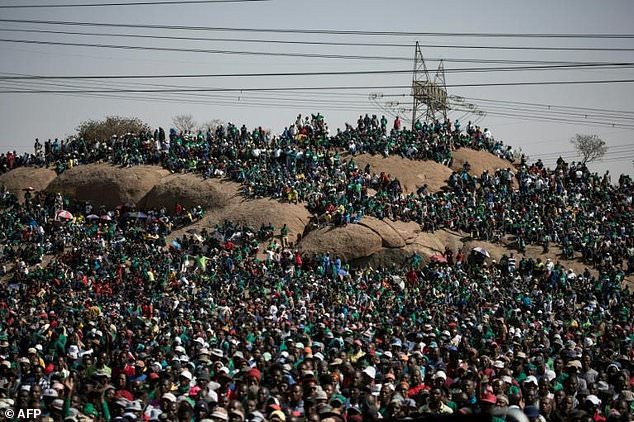 "I would like to use this opportunity to address what role I played in my capacity as a Lonmin director in the events of that tragic week," said Ramaphosa in an address to parliament in Cape Town. "I am determined to play whatever role I can in the process of healing and atonement for what happened at Marikana."