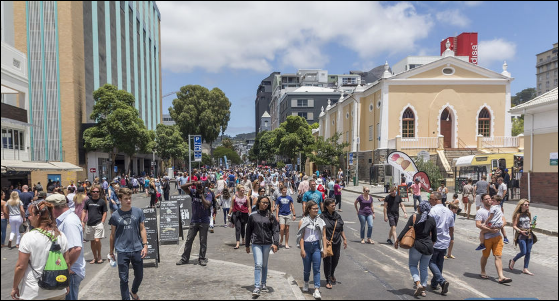 The South African government announced on Friday that it will host the much anticipated Jobs Summit in October with the aim of creating millions of jobs.

The summit, scheduled for October 4-5 in Johannesburg, will provide a platform for open discussion on the challenges faced by each social partner in the creation of jobs, the government said in a statement.

The summit will work towards a common approach and improve coordination among stakeholders, the statement said.

"As a society we aim to raise employment by 11 million to 24 million by 2030 in line with the National Development Plan," said the statement.

High-impact interventions to drive job creation, job retention and economic growth will be the focus of the summit.

President Cyril Ramaphosa announced in his 2018 State of the Nation Address in February that creating jobs, particularly among the youth, would be one of his government's top priorities. He proposed hosting the Jobs Summit to bring together all shareholders to cope with persistent high unemployment.

Ramaphosa has set up a Presidential Committee composed of the leadership of government, labor, business and community organizations to guide preparations towards the Jobs Summit.

In its Quarterly Labour Force Survey released by Statistics South Africa for the first quarter of 2018, the country's rate of unemployment was 26.7 percent. Furthermore, the unemployment rate of young people stood at 52.4percent, with an absorption rate of only 12.2 percent.