South Africa's economy bounced back strongly in the third quarter from a slump inflicted by the coronavirus pandemic, official data showed Tuesday. 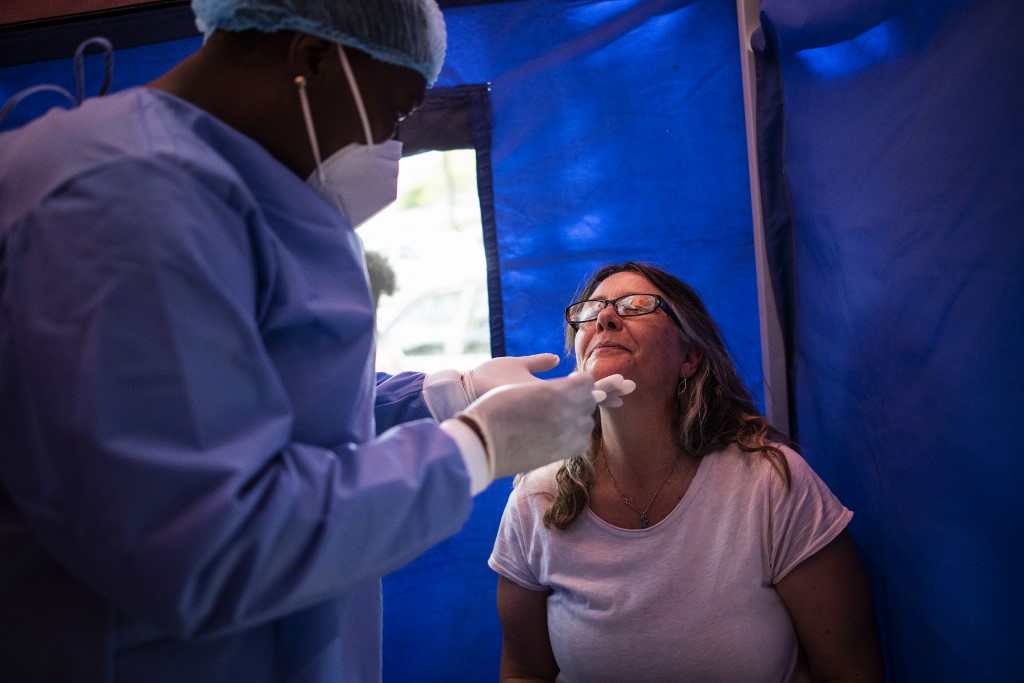 A health worker prepares to do a COVID-19 coronavirus molecular test in Parkview, Johannesburg, on October 22, 2020, provided free of charge by the City of Johannesburg Health Department. (File photo: AFP)

The previous three months had brought a 16.6-percent contraction.

In annualised terms, the statistics agency's preferred measure, third-quarter growth reached 66.1 percent, after falling back by 51.7 percent in April-June.

To this day, South Africa accounts for the most coronavirus cases of any African country, with almost 820,000 confirmed infections out of 2.3 million.

Leaders imposed a strict lockdown on March 27, aimed at controlling the virus' spread but which also hobbled the economy.

The government started to gradually loosen restrictions as new infections slowed during the third quarter, allowing economic activity to start picking back up.

Manufacturing, trade and mining were "the biggest drivers of growth in the third quarter," the statisticians said, contributing 16.2, 14.6 and 11.8 percentage points respectively to GDP growth.

"Despite the rebound, the economy is still 5.8 percent smaller than it was at the end of 2019," StatSA added.

The third-quarter bounce came in more powerful than had been predicted by analysts, who projected an annualised increase in the mid-50s.

Bumper growth in the three months was "clearly a base-effect bounce" appearing larger because of the sharp contraction immediately before, Peregrine Treasury Solutions said in a note.

But that didn't stop the figures being "well received by the market", the analysts added.

But the continent's most industrialised economy still has a long way to clamber back before attaining pre-pandemic production levels.

Analysts expect it to take around five years for economic activity to fully recover.

"It's a strong rebound in the third quarter but the economy is still weak, it's no way close to pre-Covid levels," Mpho Molopyane, economist at Rand Merchant Bank, told AFP.

The "outlook is still (for) a subdued growth due to long and existing structural constraints such as electricity," she added.

South Africa's economy was already in recession -- its second in two years -- before it was hit by the virus, and had shrunk by 0.4 percent quarter-on-quarter during the first three months of 2020.

The latest figures have technically propelled South Africa out of recession, defined as two successive quarters of shrinkage.

"If you look at it from seasonal-adjusted and annualised data, yes it points to positive economic activity in the third quarter," said Molopyane.

Nevertheless, "on a year-on-year basis, the economy still contracted," he pointed out.