S. African economy shrinks by half in second-quarter 'gut punch'

South Africa's economy shrank by more than half in the second quarter, an unprecedented decline, as the coronavirus pandemic took its toll on the continent's most industrialised state, the statistics agency said Tuesday. 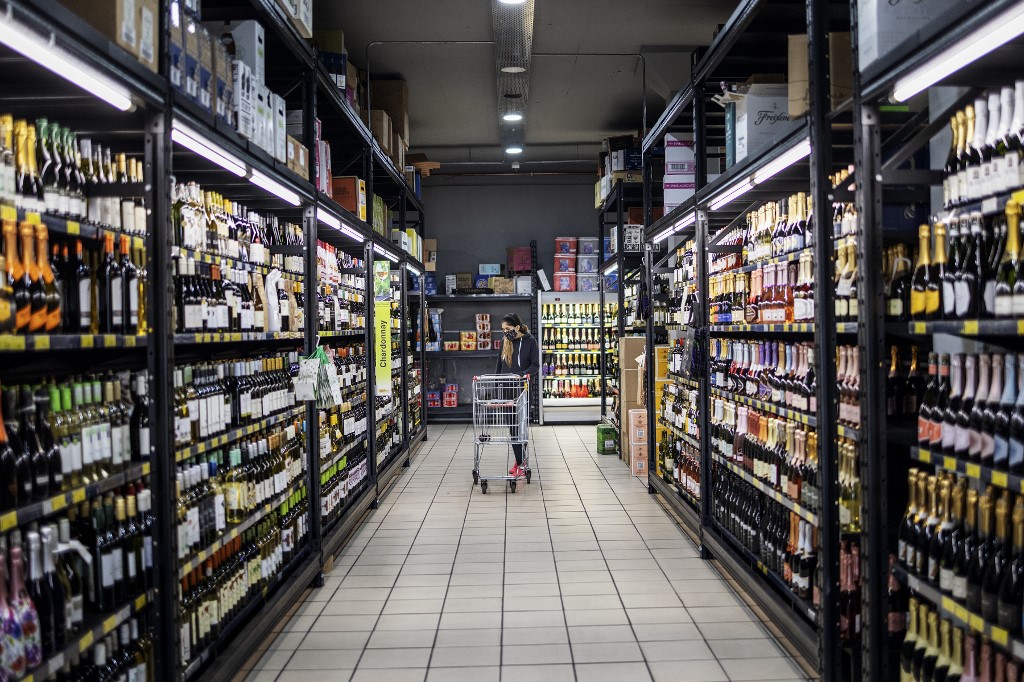 The government shut down the country in March as it scrambled to rein in the spread of coronavirus, pushing the economy into deep recession.

"South Africa’s economy contracted by 51%" in the second quarter of 2020 compared with the same period last year, Statistics South Africa said in a statement, adding: "The punch in the gut was severe."

The record contraction came after a lockdown imposed on March 27 -- one of the world's strictest -- brought most economic activity to a standstill.

The predicted drop in GDP was driven largely by steep declines in the construction, manufacturing and mining sectors, where activity shrank by up to 70 percent.

South Africa's economy was already in recession -- its second in two years -- when it was hit by the virus, and had shrunk by two percent during the first three months of 2020.

The second-quarter contraction --  the fourth in a row for the ailing economy -- "dwarfs the annualised slowdown of 6.1 percent recorded in the first quarter of 2009 during the global financial crisis," the statisticians said.

Despite the restrictions South Africa is the worst affected country in Africa, with more than 15,000 deaths.

South Africa's 639,362 cases account for around half of the continent's total and places it among the top seven countries in the world in terms of confirmed infections.

In June, Finance Minister Tito Mboweni projected that the economy would shrink by 7.2 percent in 2020 as a result of the coronavirus pandemic, the deepest slump in 90 years.

Borders were shut and even domestic travel was curtailed during the three months while restaurants closed and the sale of alcohol was prohibited.

"Spending on restaurants and hotels ground to an almost complete halt, plunging by 99.9%," StatsSA said.

Alcohol sales were prohibited to ease pressure on hospitals, allowing doctors in emergency wards to focus on Covid-19 rather than road accidents and other booze-related injuries.

The agriculture sector was the only one that appeared relatively unscathed by the pandemic as it boosted maize exports while enjoying a hike in international demand for citrus fruits and pecan nuts.

President Cyril Ramaphosa reacted to the GDP figures saying they reflect the "severe impact" of the pandemic, but "should spur all South Africans to do all they can to help rebuild the economy".

"Now is the time to act quickly and boldly to place South Africa on a rapid growth trajectory. We cannot continue with business as usual," he said in a statement.

"We will use this moment of crisis to build a new economy, and unleash South Africa’s true potential," the president said.

While the economy is expected to start picking up in the third quarter as the lockdown restrictions have gradually been eased, "electricity supply constraints are likely to curb the sustainability of the recovery," warned Sanisha Packirisamy, an economist at Momentum Investments.

"We expect growth to contract by 8.1% this year and are pencilling in a shallow recovery of 2% in 2021, as an increase in the number of business closures, persistently higher levels of unemployment and ongoing challenges to electricity supply detract from the expected upturn," Packirisamy said in a note.

Unemployment already stands at a record 30.1 percent and the second quarter forecast is around 37.9 percent, as many businesses were forced to shut down or cut back staff, noted Investec bank economist Lara Hodes.

The UN forecasts that it will take around five years for South Africa's economic activity to return to pre-pandemic levels.