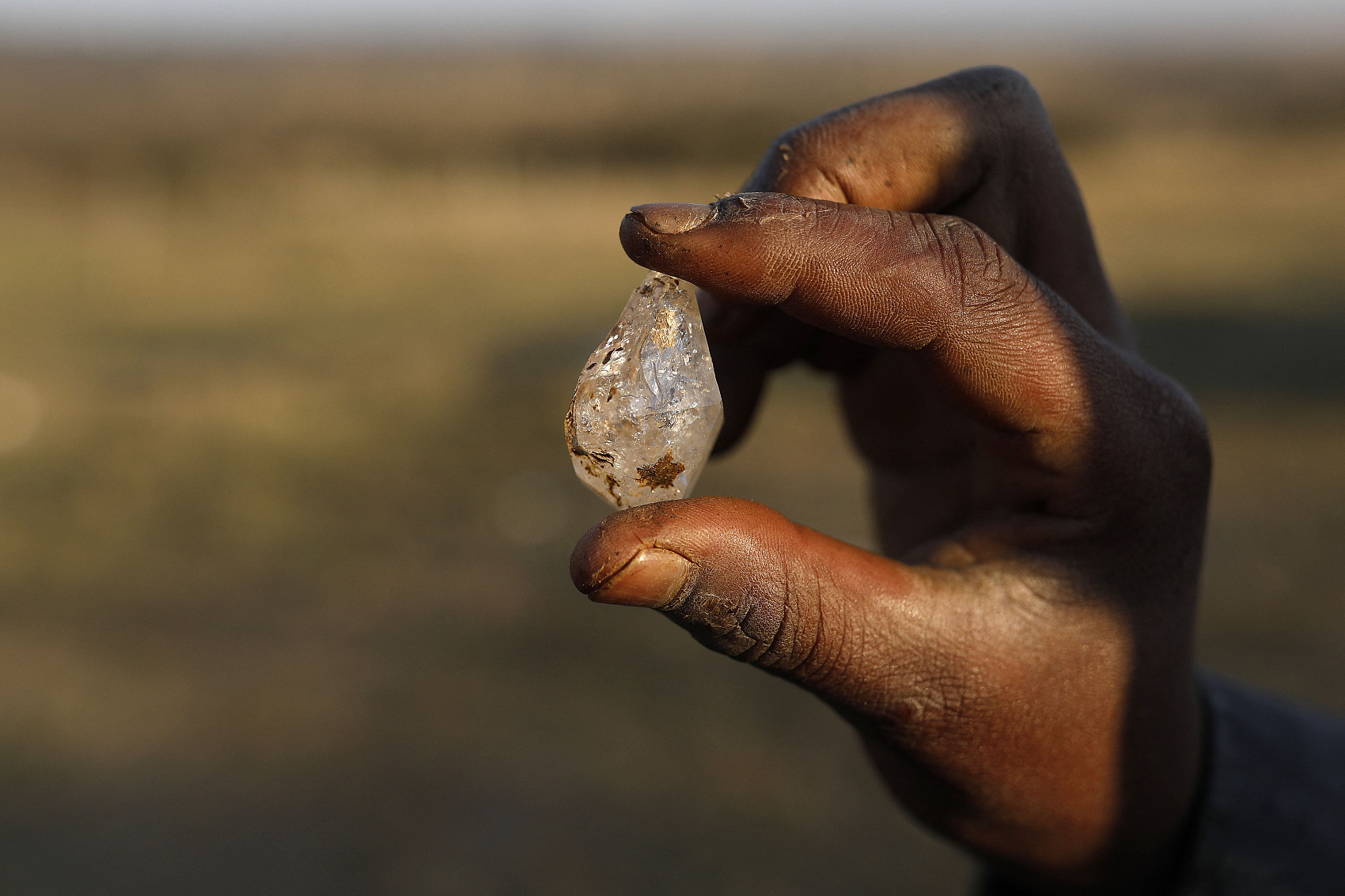 A boy holds what he believes to be a diamond after the discovery of unidentified stones at KwaHlathi village near Ladysmith, South Africa, on June 15, 2021. (Photo: VCG)

Gemstones that sparked a diamond rush to eastern South Africa last week have turned out to be just quartz, according to preliminary findings presented Sunday.

Thousands of people flocked to a hillside in South Africa's KwaZulu-Natal province to dig for mysterious stones first unearthed by a cattle herder and believed to be diamonds.

The rush prompted the government to send geoscientists and mining experts to collect samples for testing.

The results quashed the dreams of diggers hoping to come up with a fortune.

"The tests conducted conclusively revealed that the stones discovered in the area are not diamonds," a local government statement said in reference to the report.

"In fact, what has been discovered are quartz crystals," it said, noting that the yet-to-determined value of the stones would be "very low" compared to diamonds.

The report said the site -- more than 300 kilometres (186 miles) southeast of Johannesburg -- sat near a sill of volcanic rock named dolerite "which is not in a zone where diamond occurences are present".

It added that quartz crystals were common across a sedimentary basin known as the Karoo Supergroup, which stretches over the site, and particularly abundant along dolerite sill.

The prospect of finding a diamond had sent ripples of hope across one of South Africa's poorest regions and beyond.

The country, renowned for its mineral wealth, has struggled with decades of spiralling unemployment worsened by the coronavirus pandemic.

The diamond rush "highlighted the socio-economic challenges confronting people in the area", the statement said.

Local officials have vowed to respond to issues raised by the community during their visit, particularly around road quality and water access.

The government has meanwhile reiterated calls for people to vacate the area, citing coronavirus risks and environmental degradation.