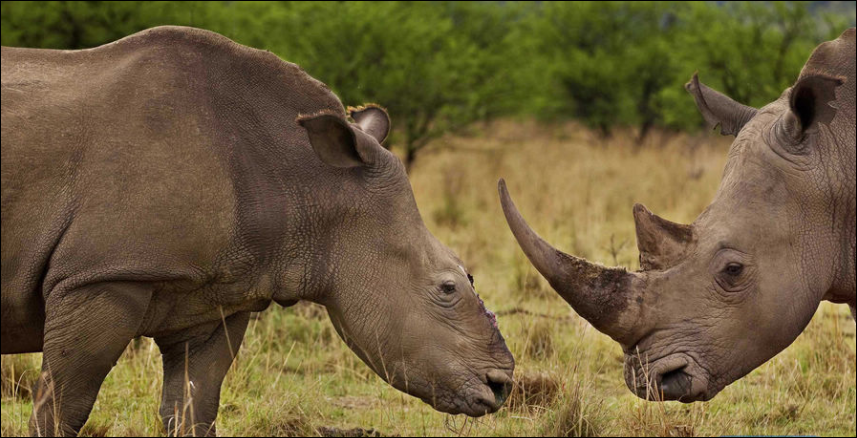 Police spokesperson Katlego Mogale said the rhino horns were recovered by police on Thursday morning during an on-going operation into criminal activities in the airport.

While performing searches at several cargo warehouses, a detector dog reacted positively to a consignment of so-called "decoration items" whose destination is Middle East. The rhino horn was found hidden among doormats and pieces of wood.

Authorities recently increased enforcement operations at the airport after reports that rhino horn was being flown out of the country.

The multi-disciplinary team is on alert and will continue to work tirelessly to stop contraband including rhino horns from being smuggled through this port of entry," said Katlego.