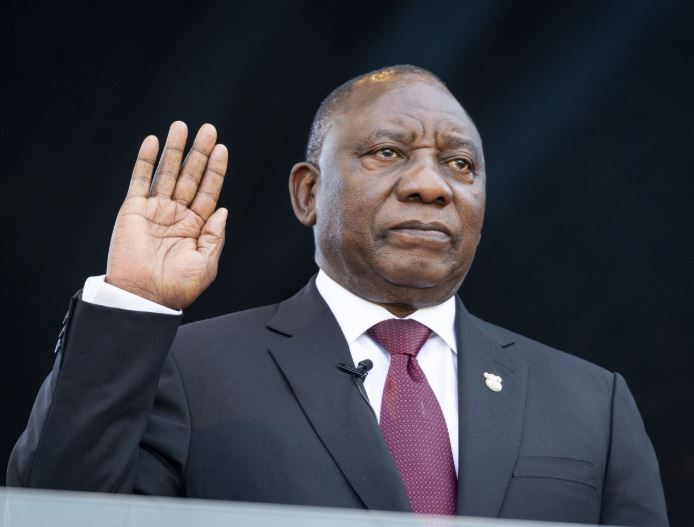 "We are making sure that violent criminals are apprehended and not left to roam the streets with impunity where they can attack again," Ramaphosa said following the arrest of a suspect in the murder of 21-year-old female student Precious Ramabulana.

Ramaphosa lauded police for their swift action that led to the arrest on Friday of the man suspected of involvement in the murder of Precious Ramabulana.

Forensic specialists formed part of the team that arrested the suspect in Botlokwa, Limpopo Province, according to Ramaphosa.

He said he has the utmost confidence the same urgency will be applied to investigating all crimes of this nature around the country.

Ramabulana was murdered with 52 stab wounds on the campus of the Capricorn TVET (technical and vocational education and training) College in Limpopo Province last week.

Her murder shocked the nation where a campaign against gender-based violence, known as 16 Days of Activism for No Violence against Women and Children, was going on.

"Since Precious' death the women of the community have told us they feel unsafe and fearful; the arrest of the suspect will not only reassure them but bring a measure of comfort to her bereaved family," said Ramaphosa.

"It is in the interests of justice that this investigation should now move ahead without unnecessary delay and when appropriate, to proceed to trial," he added.

The president said he will visit the Ramabula family in Makhado, Limpopo Province on Sunday to pay his respects.

According to the 2018/2019 crime statistics provided by police, 2,771 women and over 1,000 children were murdered in South Africa. Every day the police received over 100 cases of reported rape.