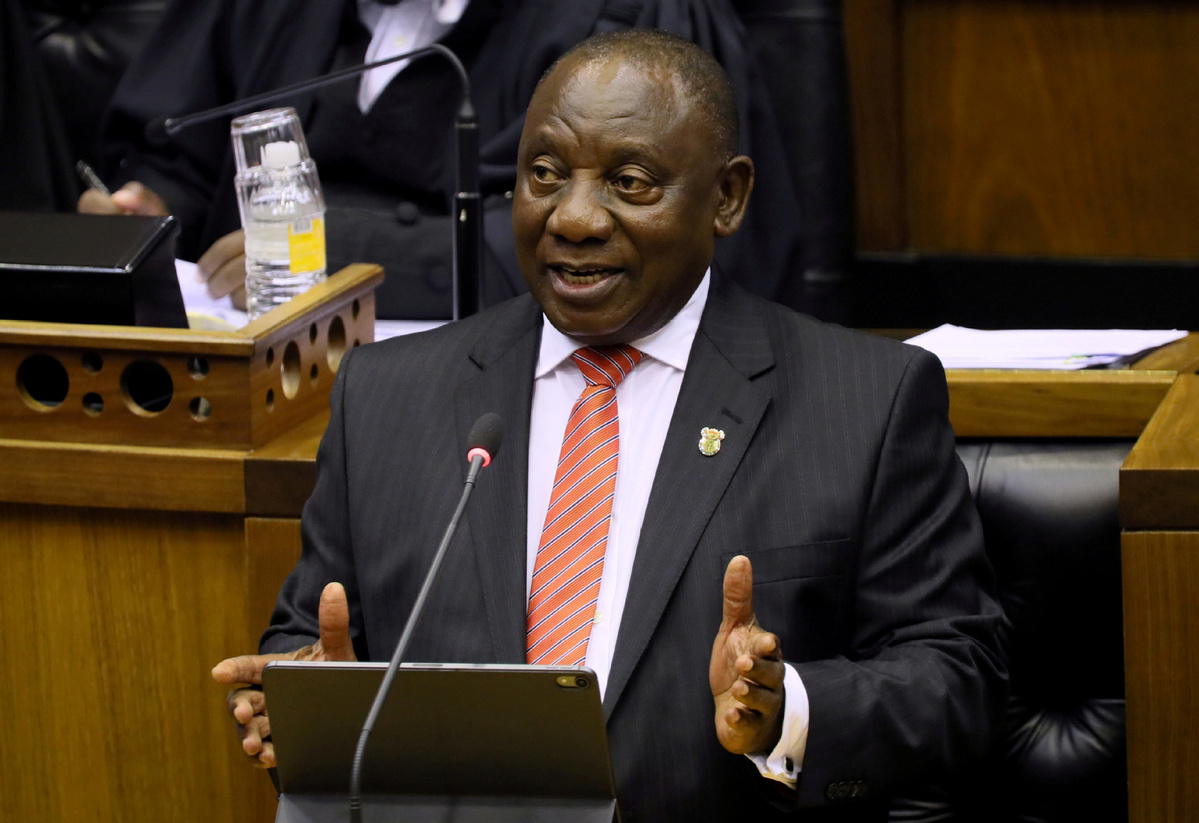 CAPE TOWN - President Cyril Ramaphosa on Thursday unveiled an economic recovery plan which envisages a massive rollout of infrastructure throughout the country.

"Our infrastructure program will focus on social infrastructure such as schools, water, sanitation and housing for the benefit of the our people," the president told a joint sitting of Parliament.

The focus will be placed on critical network infrastructure such as ports, roads and rail that are key to the country's economic competitiveness, according to Ramaphosa.

South Africa has taken steps to remove the constraints that have over time hampered infrastructure delivery over a number of years.

Infrastructure has immense potential for stimulate investment and growth to develop other economic sectors and create sustainable employment both directly and indirectly, said Ramaphosa.

The country, he said, has developed a robust pipeline of projects that will completely transform the landscape of cities, towns and rural areas.

By the end of June 2020, the country had 276 catalytic projects with an investment value of 2.3 trillion (about 139.4 billion U.S. dollars), according to Ramaphosa.

Moreover, a list of 50 strategic integrated projects and 12 special projects was gazetted in July 2020, he said.

These catalytic projects have been prioritized for immediate implementation with all regulatory processes fast-tracked, enabling over 340 billion rand in new investment, said Ramaphosa.

Those that are already in construction will see the future phases brought earlier for implementation, including some human settlements projects, which have already received bulk financing to unlock them, he said.

To ensure that there is active implementation of the infrastructure program, the country has established Infrastructure SA and the Infrastructure Fund with the capacity to prepare and package projects, according to the president.

This approach has already encouraged the private sector investors to help build capability for infrastructure delivery within the state and to develop blended financing models, he said.

He said the second intervention in the recovery plan is the rapid expansion of energy generation capacity.

"We are accelerating the implementation of the Integrated Resource Plan to provide a substantial increase in the contribution of renewable energy sources, battery storage and gas technology," the president said.

This should bring around 11,800 MW of new generation capacity into the system by 2022, with more than half of this energy to be generated from renewable sources, he said.

"Our third key intervention is an employment stimulus to create jobs and support livelihoods," said Ramaphosa.

The country has committed 100 billion rand over the next three years to create jobs through public and social employment as the labor market recovers.

"This starts now, with over 800,000 employment opportunities created in the months ahead," Ramaphosa said.

He urged South Africans to confront the fact that the COVID-19 pandemic will not be over soon and that it will remain part of their lives for some time.

"We must start repairing and rebuilding our economy right now in the midst of the virus and not after the pandemic," Ramaphosa said.