CAPE TOWN, May 9 (Xinhua) -- South Africa's ruling African National Congress (ANC) on Thursday denied allegations that it used foreign nationals to bolster votes for the party in the national and provincial elections. 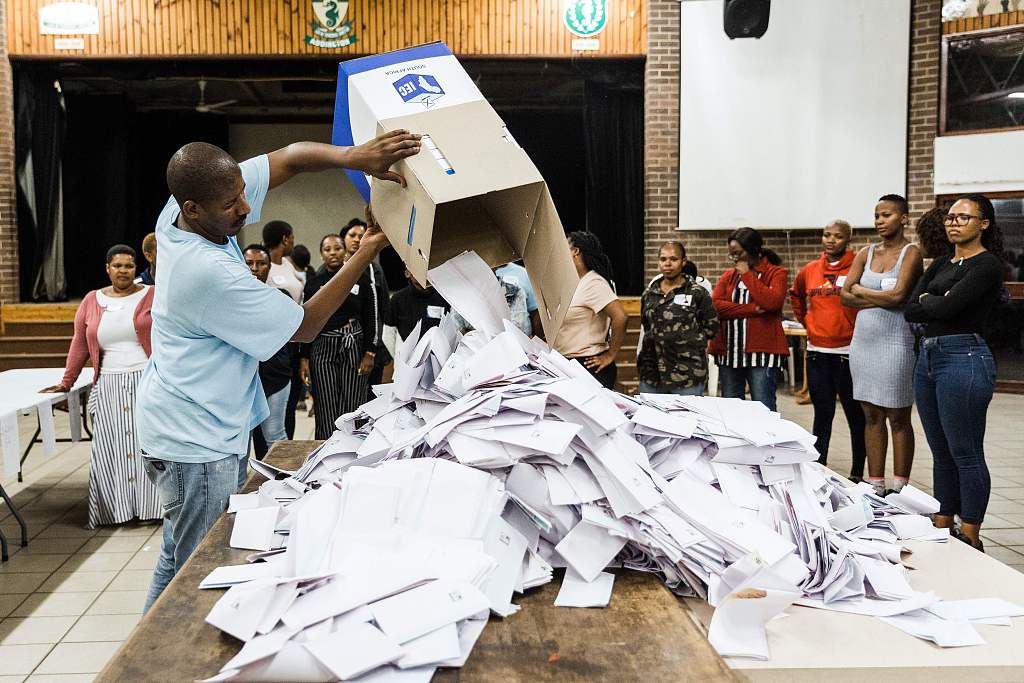 An Independent Electoral Officer opens a ballot box as counting begins at the Addington Primary School after voting ended at the sixth national general elections in Durban, on May 8, 2019. (Photo: VCG)

The party was responding to claims by the Inkata Freedom Party (IFP) that the ANC hired taxis to transport foreign nationals to voting stations in KwaZulu-Natal Province.

"We, therefore, take very seriously the rumors that the ANC is hiring Quantum taxis to transport foreign nationals to Zululand to bolster votes," Buthelezi said.

The ANC accused the IFP of being "irresponsible" by making such allegations, particularly in sensitive matters concerning the KwaZulu-Natal province which has experienced sporadic xenophobia attacks in the past couple of years.

In a province prone to xenophobic violence like KwaZulu-Natal, the IFP ought to be more careful, ANC KwaZulu-Natal provincial spokesperson Nomagugu Simelane-Zulu said.

"So when you make such allegations you are creating an environment that is very hostile," Simelane-Zulu said.

"It's impossible for foreign nationals to vote in South Africa," said Simelane-Zulu.

On Wednesday, South African voters headed to the polls to elect a new National Assembly and provincial legislatures in each province. The elections will also determine who will become the next president.

IEC officials said police made the swift arrests following reports that some voters allegedly were able to cast more than one vote at different voting stations.

The IEC said it will urgently conduct an audit of results and votes cast in a sample of voting stations to ascertain if double voting occurred.