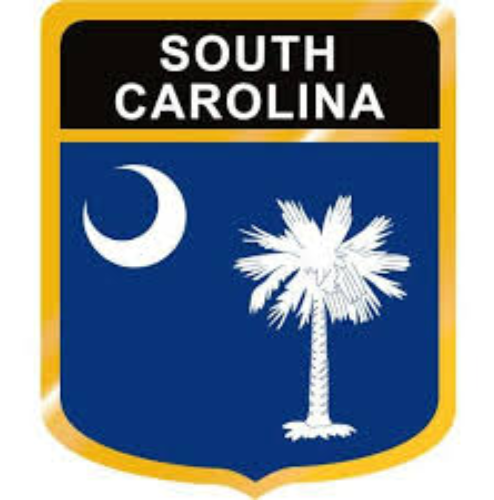 The teenage sister of avowed white supremacist Dylann Roof, who was sentenced to die for the 2015 massacre at a historic South Carolina black church, was arrested for carrying weapons and drugs at her high school, police said on Thursday.

Morgan Roof, 18, had a knife, pepper spray and marijuana when she was searched at A.C. Flora High School in Columbia, South Carolina, on Wednesday, according to Richland County Sheriff’s Department Lieutenant Curtis Wilson said in a telephone interview.

Roof was charged with simple possession of marijuana and two counts of carrying weapons on school grounds.

Wilson said in a statement on Wednesday that school administrators had acted appropriately by calling the school resource officer to arrest Roof for violating school policy.

“No students were harmed as a result of this incident,” Wilson said.

The arrest came on the morning of a walkout by tens of thousands of students nationwide to demand stronger gun laws following last month’s Florida school shooting, in which 14 students and three faculty were killed.

Morgan Roof also made a racially charged Snapchat post about the walkout, according to the Post and Courier newspaper.

The newspaper reported that the post read, “I hope it’s a trap and y’all get shot we know it’s fixing to be nothing but black people walkin’ out anyway.”

Wilson said local news media received screenshots of the Snapchat post, which “caused alarm to the student body,” but he could not immediately confirm its contents.

After being made aware of the social media post, school administrators called Roof into their office, searched her and found the drugs and weapons, Wilson said.

In response to the arrest, South Carolina Governor Henry McMaster called for more security at schools.

“For months, I have called on the General Assembly to join me in placing a trained, certified police officer in every school,” he said in a statement.

A spokesman at the Richland County solicitor’s office said that office did not know if Roof has retained a personal attorney yet but a public defender has not been assigned.”

On June 17, 2015, Dylann Roof sat for 40 minutes with parishioners at the landmark Emanuel African Methodist Episcopal Church in Charleston for a Bible study meeting before opening fire. He killed nine African-Americans in a hate-fueled attack he had been planning for months.

He was sentenced to death after his conviction on 33 federal counts, including hate crimes and obstruction of religion. Roof was also sentenced under a separate state murder charge to nine consecutive life terms without parole and three consecutive 30-year prison terms for attempted murder.