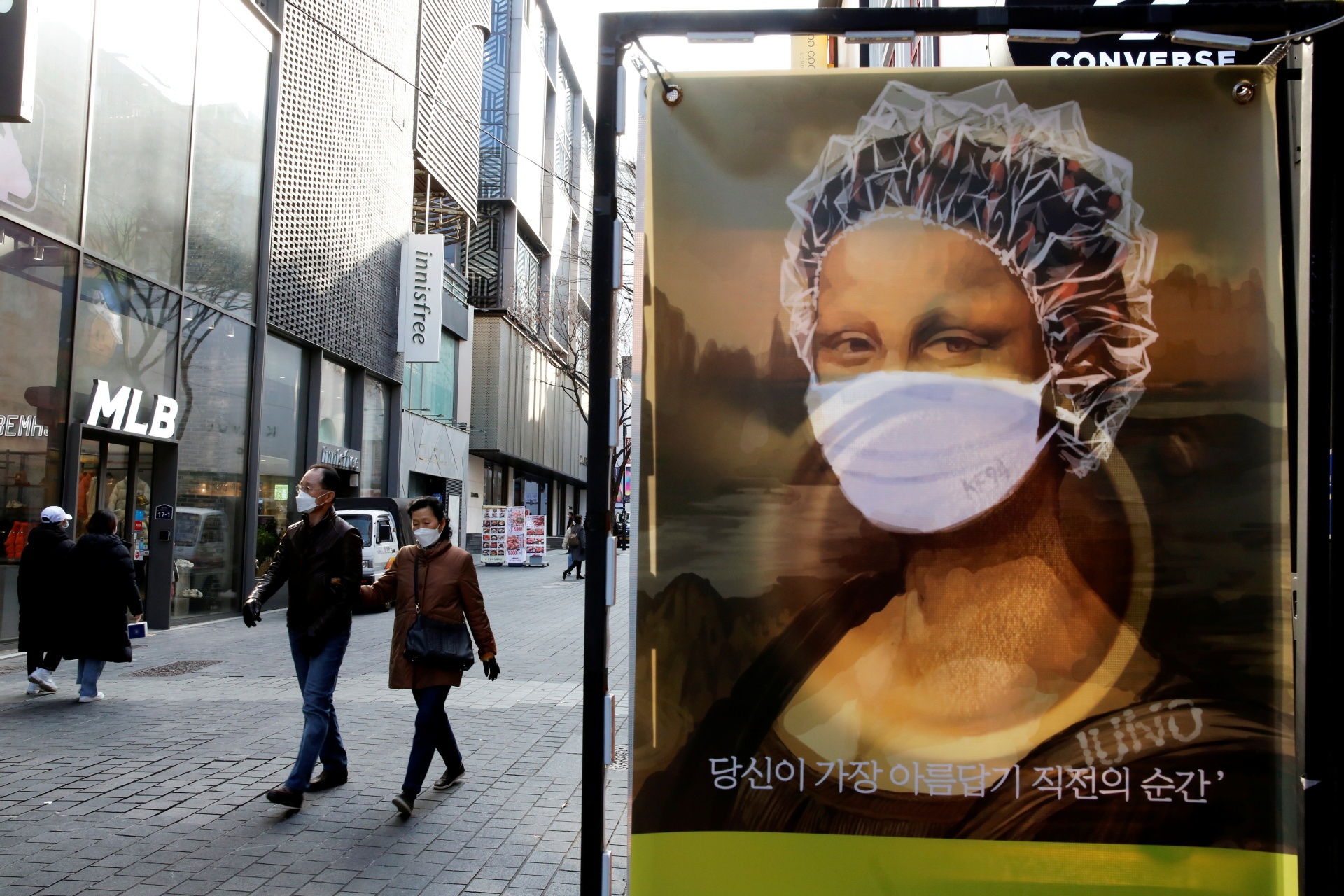 SEOUL - South Korean authorities announced a ban on year-end parties and some music lessons on Sunday and said public saunas and some cafes must also close after coronavirus infections surged at their fastest pace since the early days of the pandemic.

South Korea has been one of the world's coronavirus mitigation success stories but spikes in infections have reappeared relentlessly, triggering alarm in Asia's fourth-largest economy.

Authorities reported 450 new infections on Sunday after more than 500 cases were recorded for three days in a row, the Korea Disease Control and Prevention Agency said.

What authorities are calling a third wave of infections is spreading at the fastest rate in nearly nine months, driven by outbreaks at military facilities, a sauna, a high school and churches.

Prime Minister Chung Sye-kyun said restrictions would be tightened on gatherings and activities seen as prone to virus transmission, especially in the capital Seoul and surrounding urban areas.

Saunas and steam-bath rooms with a high risk of mass infection would also be banned as would the teaching of wind musical instruments and singing, he said.

For the rest of the country, social distancing rules would also be tightened from Tuesday, he said.

Chung said the government was talking to parliament about the possibility of new relief funds for households and businesses, the third this year as the economy struggles.

"Our assessment is that we need the third crisis support fund ... The government will come up with a conclusion on this after discussing with both the ruling and opposition parties," he said.

President Moon Jae-in toured a Seoul high school on Sunday that was being prepared as a test centre to accommodate students in quarantine on Dec 3., when almost 500,000 students sit for the annual college entrance exam.

Moon toured classrooms where desks were equipped with partitions and hand sanitisers to host five test takers in quarantine.