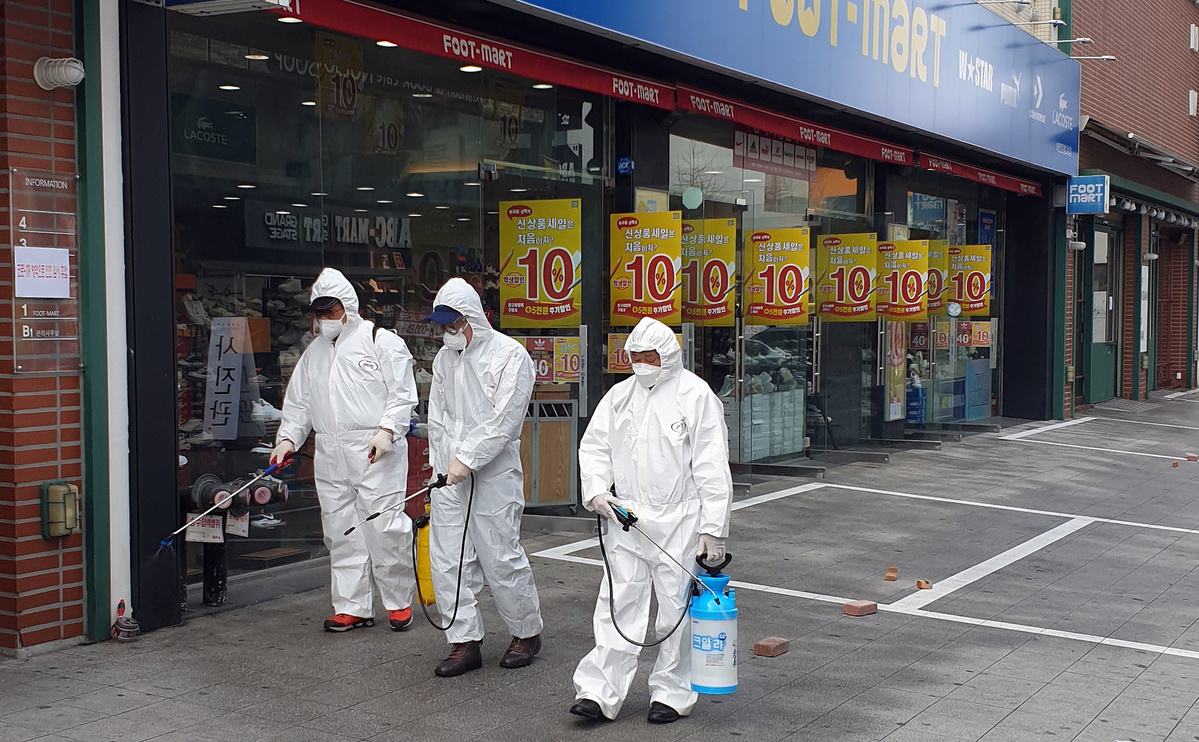 South Korea confirmed 229 more cases of the COVID-19 on Saturday, raising the total number of infections to 433.

As of 4 pm local time (0700 GMT), the number of infected patients totaled 433, up 229 from the previous day. The Korea Centers for Disease Control and Prevention (KCDC) has updated the figure twice a day at 10 am and 5 pm local time.

Of the new patients, 200 were residents in Daegu, about 300 km southeast of the capital Seoul, and its surrounding North Gyeongsang province.

The total number of infections in Daegu and North Gyeongsang province soared to 352 from 152 in the prior day.

Of the total cases, 231 were linked to the church services of a minor Christian sect, called Sincheonji, in Daegu. It was up 100 from the previous day.

Other 111 cases were traced to Daenam Hospital in Cheongdo county, just south of Daegu.

At the hospital, the first and second deaths from the COVID-19 were reported on Wednesday and Friday each.

The number of COVID-19 infections rose sharply in recent days, after 173 new cases were reported from Wednesday to Friday.

Daegu and Cheongdo were designated as a "special management zone" on Friday.

The health authorities kept the four-tier virus alert at the second-highest "orange" level, vowing to take measures with an urgency corresponding to the highest "red" level.

Eighteen patients have been discharged from quarantine after making full recoveries.