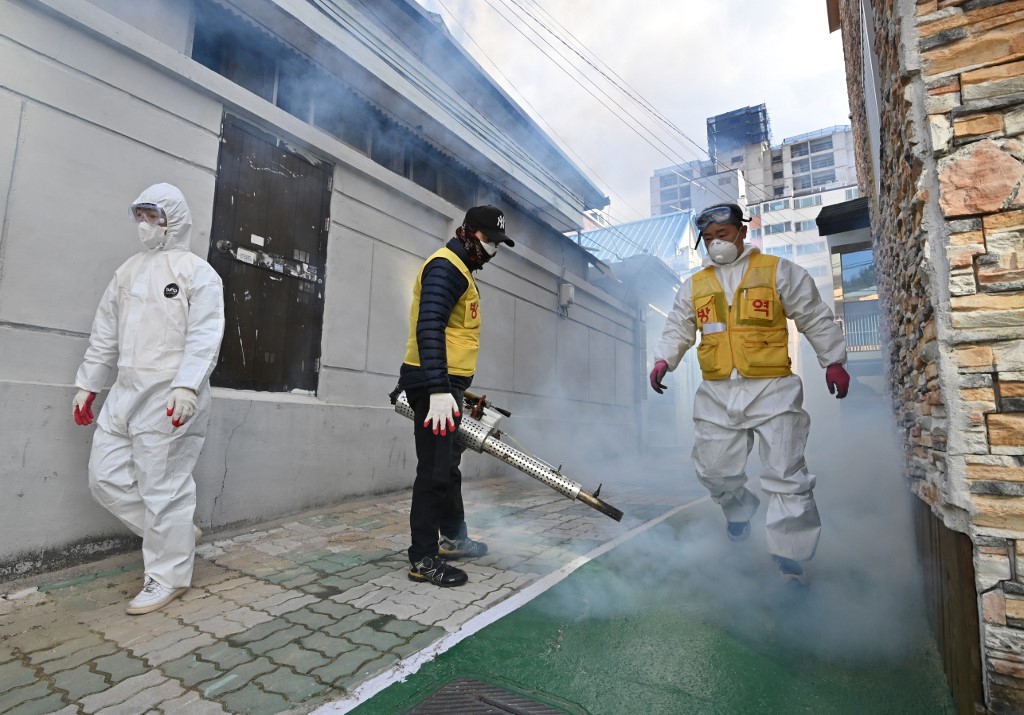 A South Korean health worker sprays disinfectant as part of preventive measures against the spread of the COVID-19 coronavirus, at a residential area near the Daegu branch of the Shincheonji Church of Jesus in Daegu on February 27, 2020. (Photo: AFP)

The virus infection soared for the past week, with 1,230 new cases reported on Feb. 19-26. The country raised its four-tier virus alert to the highest "red" level on Sunday.

Two clusters of infections in the country's southeastern region led to the recent viral spread.

As of Wednesday morning, 597 cases were linked to the church services of a minor religious group, called Sincheonji, in Daegu.

And 114 cases were traced to Daenam Hospital in Cheongdo county, just south of Daegu. Test for all of about 650 patients and medical staff was completed as almost all of the patients at the hospital's psychiatric ward tested positive for the virus.

The government designated Daegu and Cheongdo as a "special care zone" last week, while protest demonstrations were banned in downtown areas of Seoul.