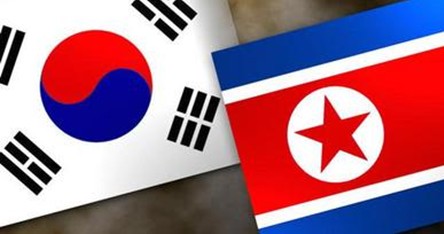 South Korea is considering contacting the Democratic People's Republic of Korea (DPRK) for the resumption of high-level inter-Korean talks, which has been suspended over the South Korea-US war games, Yonhap news agency reported Thursday citing the presidential Blue House of South Korea.

An unidentified Blue House official told local reporters that though the South Korean side had yet to offer another date for the inter-Korean dialogue, it can contact the DPRK side once again for the cancelled senior-level talks.

The air drills mobilized about 100 aircrafts, including eight US F-22 Raptor stealth fighter jets. The radar-evading fighter is used to secretly attack an enemy target.

South Korea has claimed the joint annual drills were defensive in nature, while the DPRK called it a dress rehearsal for northward invasion.

During the summit meeting in Washington with US President Donald Trump, South Korean President Moon Jae-in said he expected the resumption of the inter-Korean talks after the Max Thunder ends on May 25.

The hotline between Moon and Kim was installed days before the April 27 summit between the two leaders at the border village of Panmunjom.

Moon and Kim agreed to frankly talk about issues through the hotline when necessary, but the first hotline contact had yet to happen.