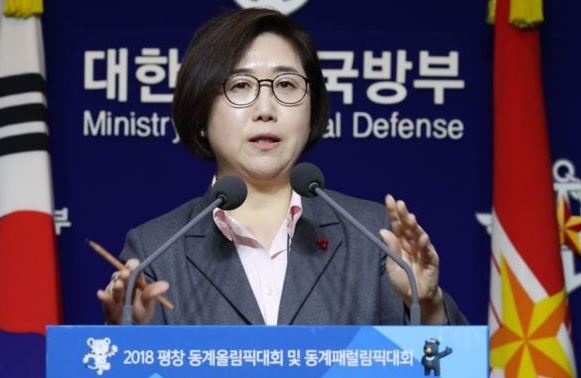 SEOUL, Sept. 27 (Xinhua) -- South Korea has consulted, and will continue to consult, with UN Command on ways to stop hostile acts in inter-Korean border areas, which were agreed upon by South Korea and the Democratic People's Republic of Korea (DPRK) during the inter-Korean summit in Pyongyang last week.

South Korean defense ministry spokesperson, Choi Hyun-soo, told a press briefing Thursday that the UN Command shared views over the inter-Korean agreement on military affairs, which was signed by defense chiefs of the two Koreas on the sidelines of the summit between South Korean President Moon Jae-in and top DPRK leader Kim Jong Un.

Moon made a three-day visit last week to Pyongyang to hold his third summit with Kim. On the second day of the summit, the leaders signed the Pyongyang Declaration while the defense heads of the two sides inked the military agreement.

Under the military agreement, the two sides designated buffer zones on land, in waters and the air near the border, which left the Korean Peninsula divided, as part of efforts to stop all hostile acts toward each other.

The spokesperson said South Korea has closely consulted with the UN Command, which handles military affairs in the DMZ, on the inter-Korean military agreement including the pullout of guard posts from the DMZ.

She added that the defense ministry will continue cooperation and consultation with the UN Command.