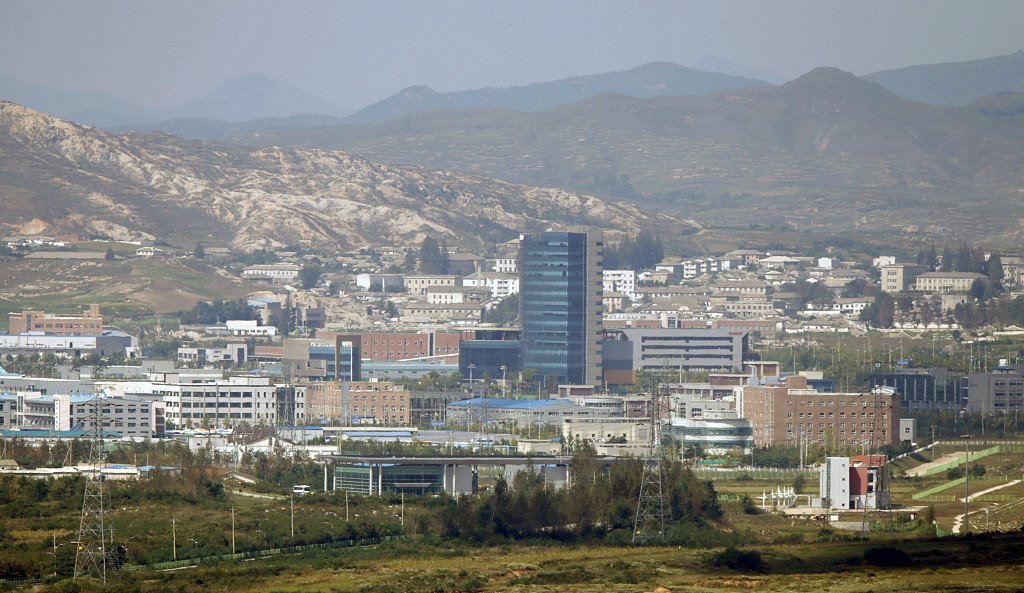 The inter-Korean Kaesong Industrial Complex is seen across the demilitarised zone (DMZ) separating North Korea from South Korea in this picture taken from Dora observatory in Paju, 55 km (34 miles) north of Seoul, in this September 25, 2013 file photo. (Photo: VCG)

The inter-Korean Kaesong Industrial Complex is seen across the demilitarised zone (DMZ) separating North Korea from South Korea in this picture taken from Dora observatory in Paju, 55 km (34 miles) north of Seoul, in this September 25, 2013 file photo. (Photo: VCG)

Unification Ministry spokesman Baik Tae-hyun told a routine press briefing that the government has consulted with the DPRK on the visit by businesspeople, who invested in the Kaesong industrial zone, to the now-suspended inter-Korean factory park.

Baik said it was aimed to let the businesspeople inspect their assets in the industrial zone, which was closed down by the previous South Korean government in February 2016 over Pyongyang's fourth nuclear test and missile launch.

If approved, it would mark the first time since February 2016 that South Korean businessmen visits the inter-Korean industrial zone. Previous applications for the visit were delayed six times.

According to Yonhap news agency report, about 150 businessmen applied for the visit to Kaesong, including people who had run restaurants and convenient stores before the shutdown.

The spokesman, however, noted that the visit would have nothing to do with the resumption of the industrial zone, saying it aimed to protect the property rights of South Korean businessmen.

After their Pyongyang summit in September, South Korean President Moon Jae-in and top DPRK leader Kim Jong Un agreed to normalize the Kaesong Industrial Complex and the tour to Mount Kumgang if conditions are met.

The tourism project to the DPRK's scenic resort of Mount Kumgang, launched in 1998, has been halted since a South Korean tourist was shot dead in July 2008 by a DPRK soldier after allegedly venturing into an off-limit area.