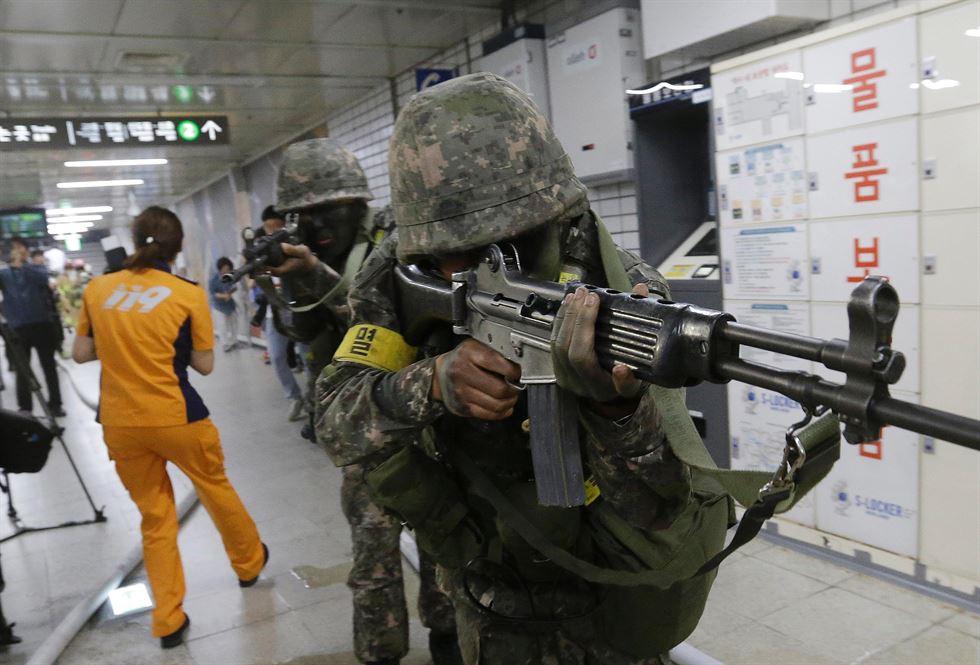 South Korea's government announced its decision Tuesday to suspend an annul defense drill, called Ulchi exercise, on improved relations with the Democratic People's Republic of Korea (DPRK), according to a joint press release from Seoul's defense ministry and the ministry of public administration and security.