SEOUL -- South Korea's education ministry said Tuesday that it will delay this year's new school year by two more weeks to April 6 on worry about the COVID-19 outbreak. 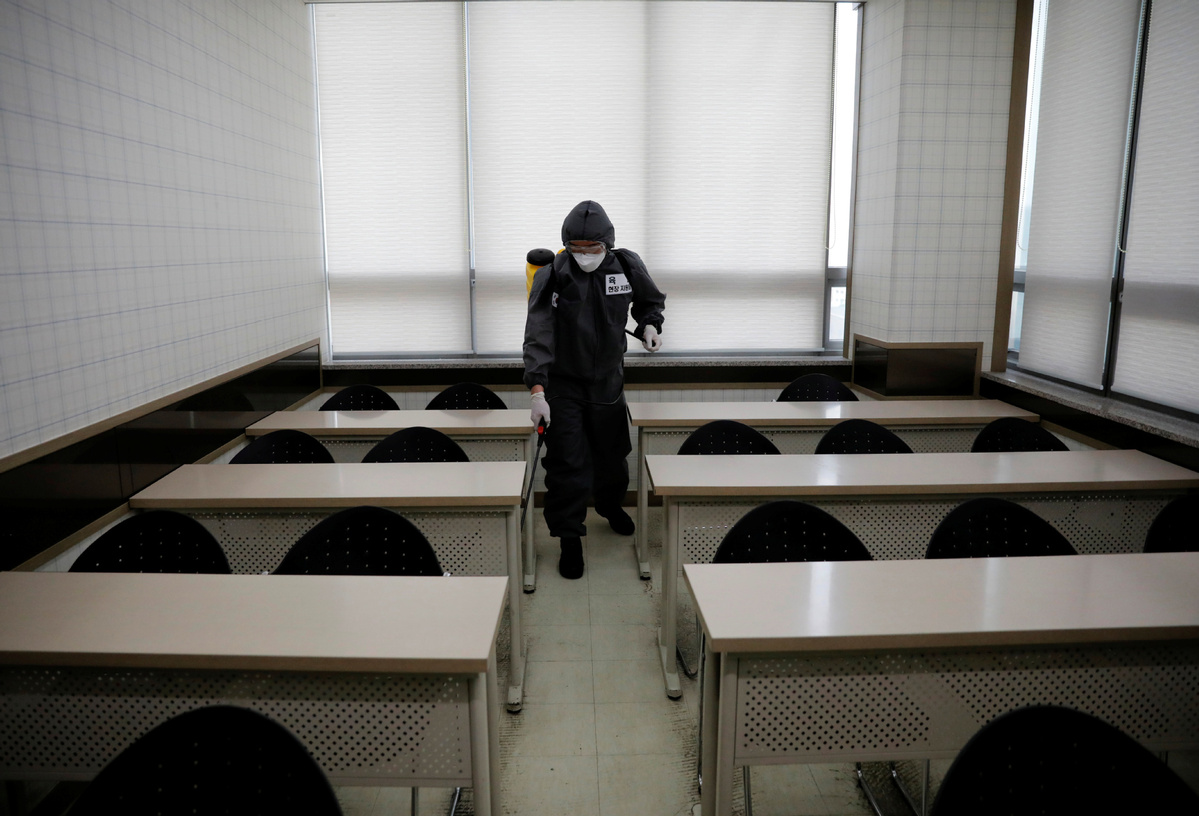 A South Korean soldier sprays a disinfectant in a classroom of a cram school teaching math, amid the rise in confirmed cases of coronavirus disease (COVID-19) in Daegu, South Korea, March 13, 2020. (Photo: Agencies)

The new school year was originally scheduled for March 2, but it had been postponed twice to March 23.

The education ministry decided to put off the school opening once again as concerns remained over the COVID-19 spread. It marked the first time here that the new school year would start in April.

Subject to the delayed school year would be all preschools, primary and secondary schools nationwide.

As of Tuesday, the number of infected patients here topped 8,300, but the daily confirmed cases stayed below 100 for the third consecutive day.

Despite the signs of slowing, the school opening could lead to a new set of infections through students, the health authorities said.

Vice Health Minister Kim Kang-lip told a press briefing Monday that the school opening was worried to result in a cluster infection among students, who may in turn transmit the virus to older people in their towns, more vulnerable to the virus than the young.

The number of infected minors aged 18 or lower was 352. Neither death nor the one in critical conditions had been reported yet among the minors.