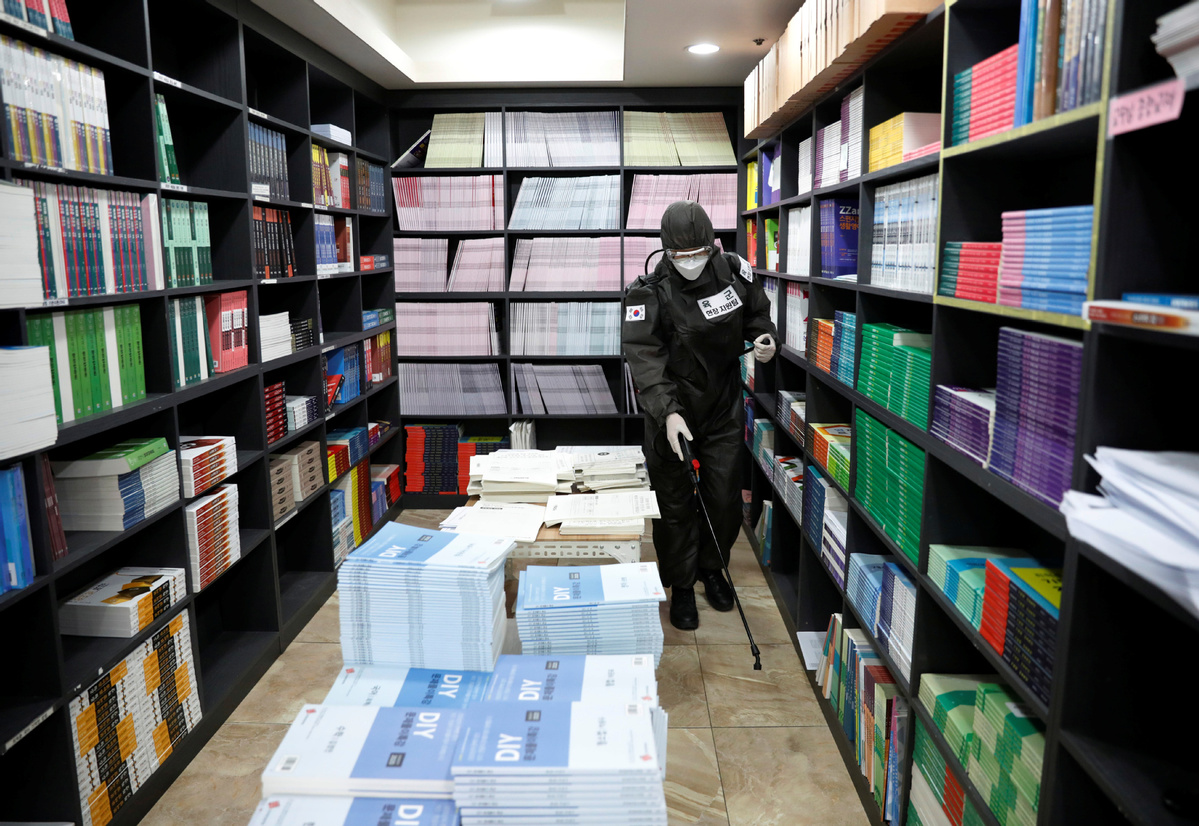 It is the first time South Korea has declared a region a disaster zone from an infectious disease and under the status the government can subsidise up to 50 percent of restoration expenses and exempt residents from taxes and utility payments.

South Korea, which has the highest number of cases in Asia after China, now has a total to 8,162 confirmed infections and 75 deaths, the Korea Centers for Disease Control and Prevention said (KCDC).

South Korea has been experiencing a downward trend in new cases and the latest numbers are significantly lower than the peak of 909 cases reported on Feb 29 and down from the 107 recorded on Saturday.