SEOUL, Oct. 15 (Xinhua) -- South Korea and the Democratic People's Republic of Korea (DPRK) agreed Monday to hold a groundbreaking ceremony in late November or early December to modernize and eventually connect railways and roads across the inter-Korean border. 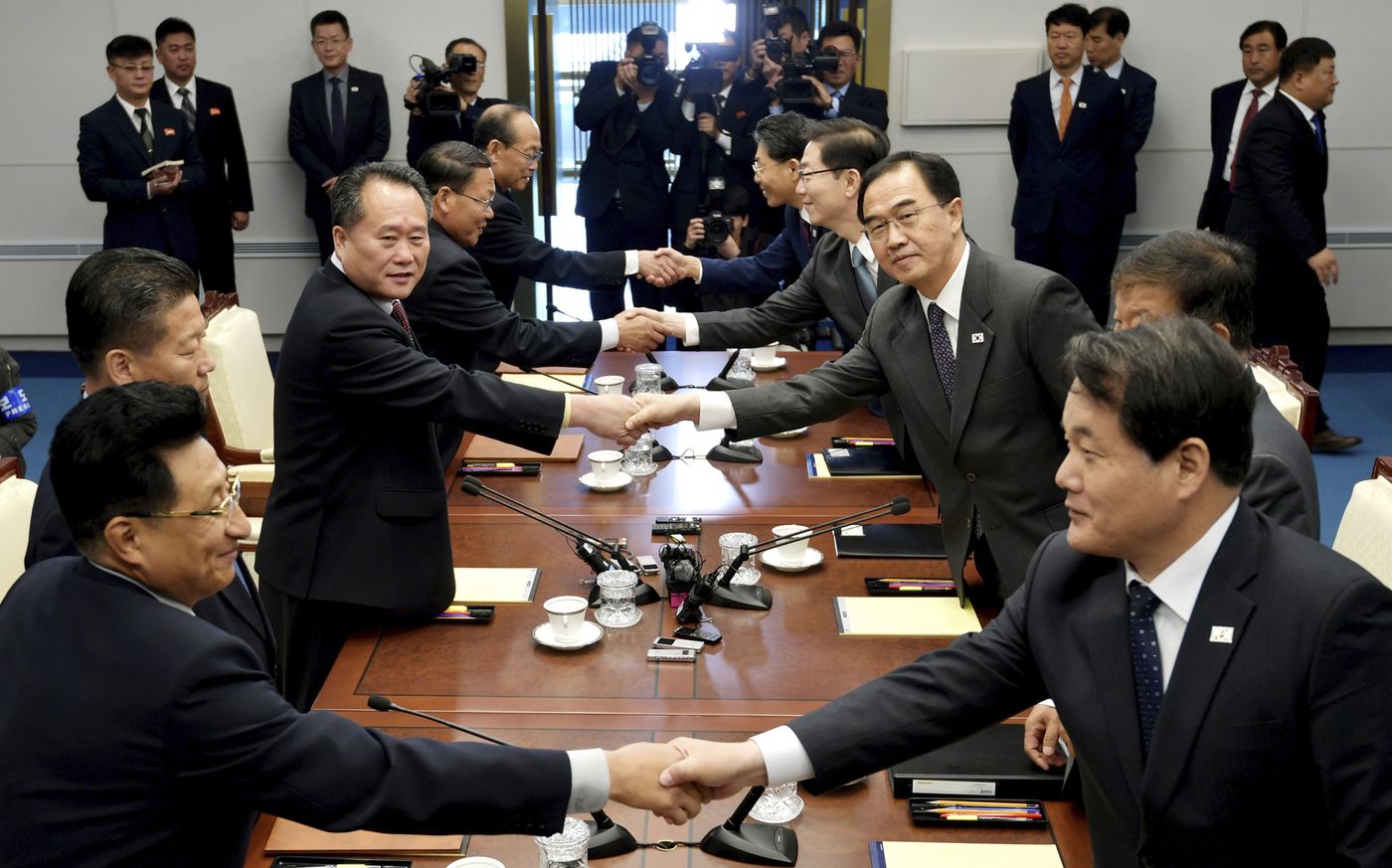 The agreement was reached after the high-level dialogue held earlier in the day at the Peace House, a South Korean building in the truce village of Panmunjom, according to a pool report from South Korean media.

Detailed schedules for the field study would be fixed later through the exchange of letters.

Moon said the community would lead to an energy and economy community in East Asia and eventually to a peace and security regime in Northeast Asia.

Senior delegates from the two Koreas also agreed to hold a general-grade military dialogue as early as possible to discuss ways to end hostile confrontation near border areas and how to form a joint inter-Korean military committee.

Following their third summit in Pyongyang in September, Moon and top DPRK leader Kim Jong-un agreed to end all hostile acts near the heavily-fortified border, with a buffer zone along the military demarcation line (MDL) that has left the peninsula divided since the 1950-53 Korean War ended with an armistice.

The senior-level talks were held to discuss ways to implement the Pyongyang Declaration, signed by Moon and Kim after their latest summit meeting.

The South Korean delegation was led by Unification Minister Cho Myoung-gyon, with the DPRK delegation headed by Ri Son-gwon, chairman of the Committee for the Peaceful Reunification of the Fatherland.