SEOUL, Nov. 5 (Xinhua) -- South Korea and the Democratic People's Republic of Korea (DPRK) on Monday began a joint survey of waterway along the western border to eventually allow civilian ships to navigate freely in the estuaries, according to local media reports citing Seoul's defense and maritime ministries. 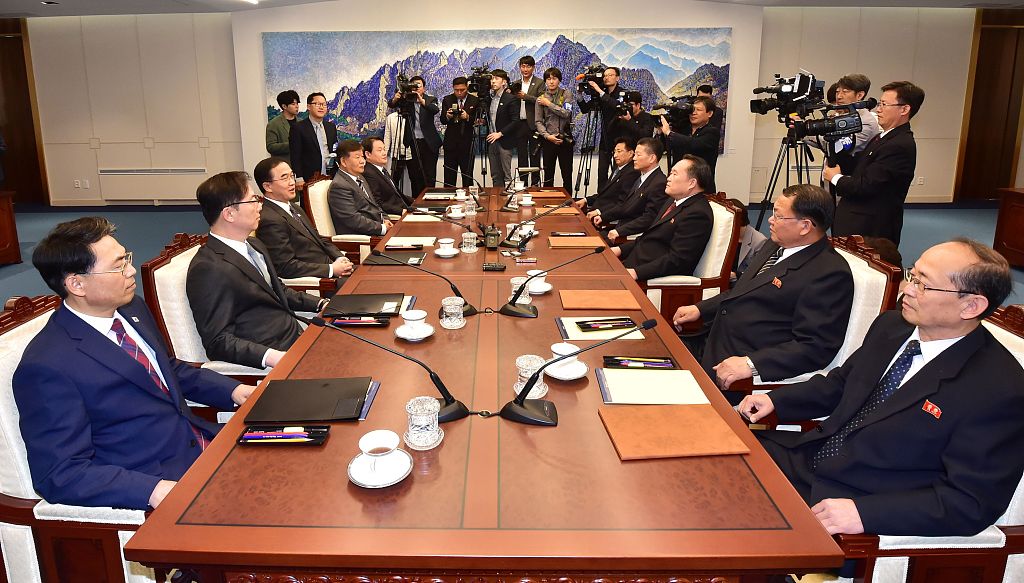 The 20-member joint survey team, consisting of 10 military and maritime government officials and waterway experts from each side, planned to measure the depth of water along the 70-km-long waterway in the estuaries of the Han and Imjin rivers.

The survey would last till the end of this year to draw a navigation map in the estuaries and eventually allow civilian ships of the two Koreas to sail freely in the waters, where civilian access had been restricted in the past because of military tensions.

It may take longer than expected to complete the nautical chart as such survey was conducted in the estuaries for the first time since the 1950-53 Korean War ended with armistice agreement, according to the maritime ministry.

The joint survey was a part of efforts to implement the military agreement, which was signed by defense chiefs of the two Koreas during the Pyongyang summit in September between South Korean President Moon Jae-in and DPRK top leader Kim Jong Un.

Under the military agreement, the two Koreas stopped all hostile acts from Nov. 1 by setting up buffer zones along the border on land and in waters and the air.