S.Korea, DPRK complete withdrawal of weapons from JSA inside DMZ

South Korea and the Democratic People's Republic of Korea (DPRK) completed the pullout of weapons and guard posts from the Joint Security Area (JSA) inside the Demilitarized Zone (DMZ), which has left the Korean Peninsula divided, Seoul's defense ministry said Thursday. 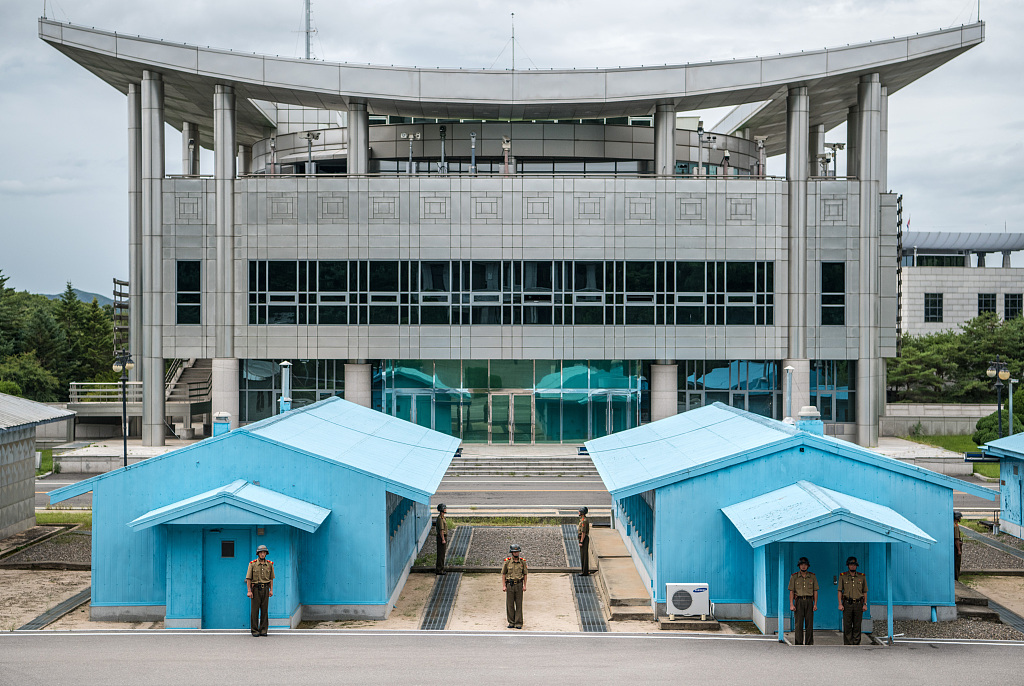 The ministry said in a statement that the military authorities of South Korea and the DPRK, and the United Nations Command withdrew all firearms, ammunition and guard posts sentry from the JSA as of 1 p.m. local time (0400 GMT).
The disarmament of the JSA was agreed upon by defense chiefs of the two Koreas during the Pyongyang summit in September between South Korean President Moon Jae-in and top DPRK leader Kim Jong Un.
For the sentry duty, non-armed 35 soldiers would be stationed each by South Korea and the DPRK in the JSA, the Seoul ministry said.
For the next two days, the two Koreas and the UN Command planned to conduct a joint verification for the pullout.
From Oct. 1, soldiers from the two Koreas conducted a 20-day operation to remove landmines inside the JSA, which was set up right after the 1950-53 Korean War ended with armistice.