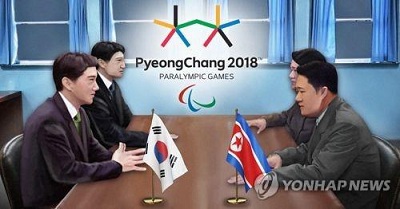 South Korea and the Democratic People's Republic of Korea (DPRK) on Tuesday held working-level talks to discuss the DPRK's participation in the Winter Paralympics, Seoul's unification ministry said.The working-level dialogue kicked off at 10 a.m. local time (0100 GMT) as scheduled at Tongilgak, a DPRK building in the truce village of Panmunjom that straddles the two sides.Both sides sent their respective three-member delegations for the working-level talks.The Winter Paralympics is scheduled for March 9-18 at South Korea's east county of PyeongChang, where the 23rd Winter Olympics was hosted.The DPRK sent its athletes, cheerleaders and artists to the Winter Olympics. Pyongyang already agreed in January to dispatch its sports delegation, composed of about 150 athletes, cheerleaders and artists, to the Paralympics.