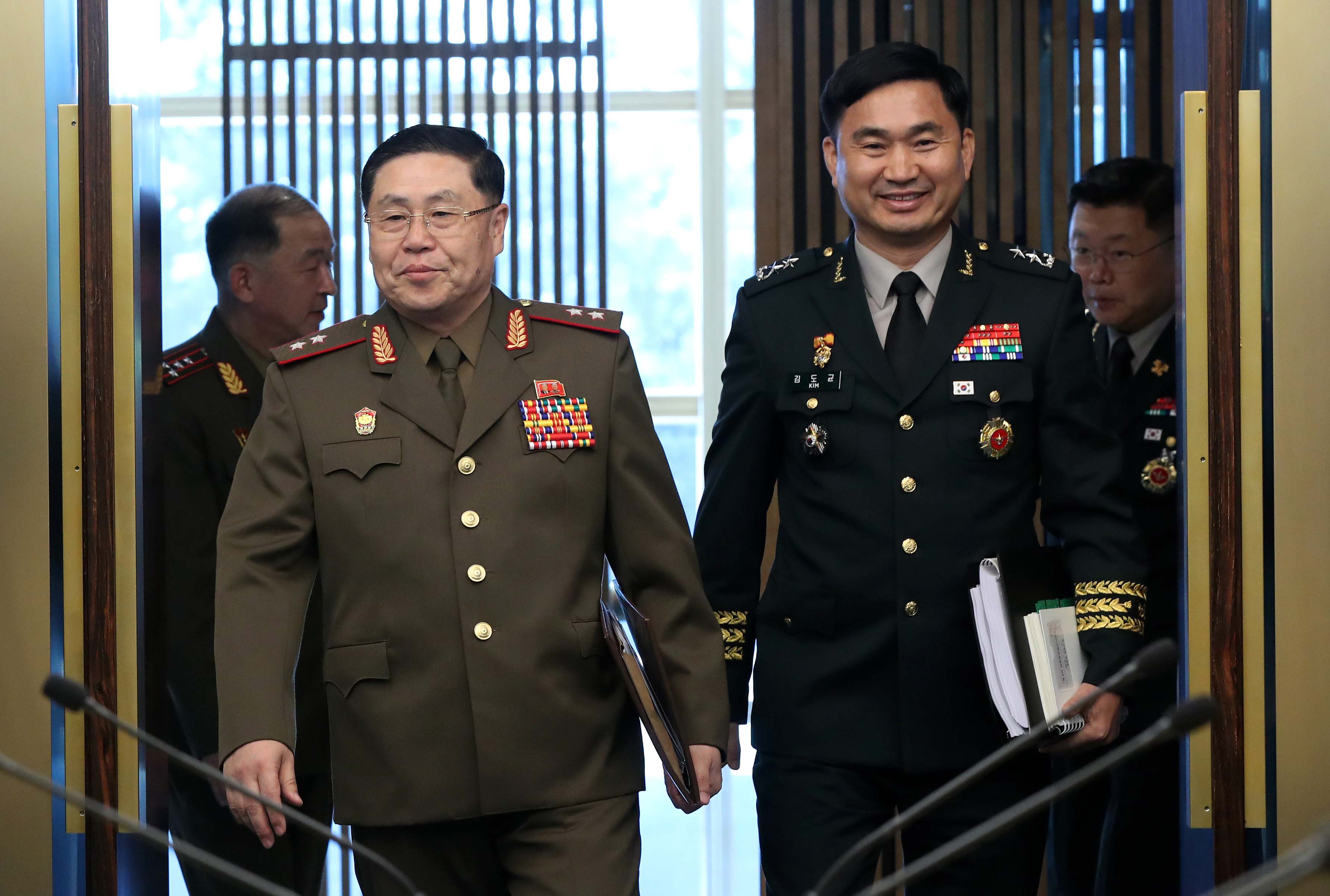 The ninth round of inter-Korean general-grade military dialogue kicked off at 10 a.m. local time (0100 GMT) at the Peace House, a South Korean building in Panmunjom, according to the joint press corps.

It was the first such talks since June 14 when military delegations from the two sides agreed to completely restore military hotlines along the eastern and western corridors across the inter-Korean border.

The five-member South Korean delegation was led by Major Gen. Kim Do-gyun, who will join his DPRK counterpart, Lt. Gen. An Ik-san.

Kim told reporters before heading for the dialogue venue that he will make best efforts to alleviate military tensions between the two Koreas and draw up practical measures to build trust.

Military officers from the two sides were expected to discuss measures to implement the military part of the April 27 agreement, which was reached by South Korean President Moon Jae-in and top DPRK leader Kim Jong Un during their first summit meeting in April at Panmunjom.

Moon and Kim agreed to transform the demilitarized zone (DMZ), a heavily armed inter-Korean border separating the two Koreas, into a peace zone, while turning the Northern Limit Line (NLL), a de facto maritime border, into a maritime peace zone.

Seoul has proposed withdrawing forces and equipment from the DMZ on a trial basis, which was also forecast to be on the dialogue agenda for the Tuesday military talks.

Also on the agenda would be the joint excavation of the remains of soldiers killed during the 1950-53 Korean War.