WORLD S. Korea-DPRK-US summit to depend on outcome of DPRK-U.S. summit: Blue House

S. Korea-DPRK-US summit to depend on outcome of DPRK-U.S. summit: Blue House

South Korea said Monday whether to hold a three-way summit between South Korea, the Democratic People's Republic of Korea (DPRK) and the United States will depend on the outcome of the DPRK-U.S. summit.

The remarks, by an unidentified official from the presidential Blue House were carried by local media reports. 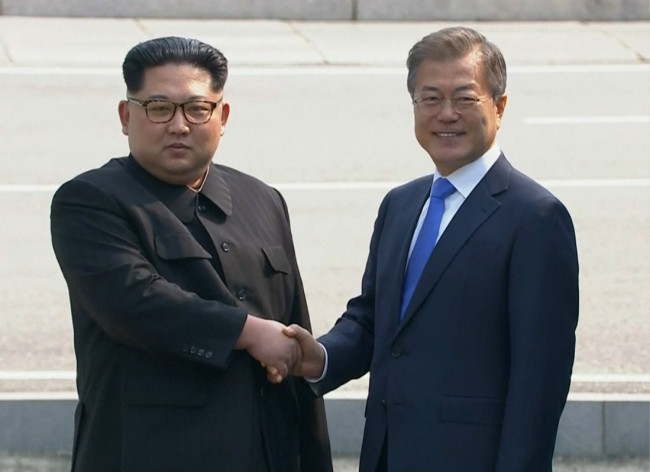 Media speculations arose that South Korean President Moon Jae-in may visit Singapore around June 12 to declare an end to the 1950-53 Korean War, which ended with an armistice. The Korean Peninsula remains technically in a state of war with this armistice agreement.

Pre-summit talks between working-level officials from the DPRK and the United States were reportedly underway to arrange the Kim-Trump summit.

The official was quoted as saying the three-way summit could be possibly held in Singapore if all issues, including agenda, are to be perfectly dealt with at the working-level talks between Pyongyang and Washington.

Referring to denuclearization and the DPRK's security guarantee as the two main pillars of the Kim-Trump summit on the agenda, the official said Moon can enter the three-way summit to declare the end to the Korean War as part of measures to guarantee the DPRK's security.

Moon and Kim met on Saturday at the DPRK side of the border village Panmunjom, the second inter-Korean summit in a month after the April 27 summit at the South Korean side of Panmunjom.

In a nationally televised address Sunday, Moon confirmed the willingness of Kim and Trump to hold the Singapore summit as scheduled. Moon visited Washington to hold a summit with Trump last week.