WORLD S.Korea in consultations with UN to waive sanctions for inter-Korean liaison office

S.Korea in consultations with UN to waive sanctions for inter-Korean liaison office 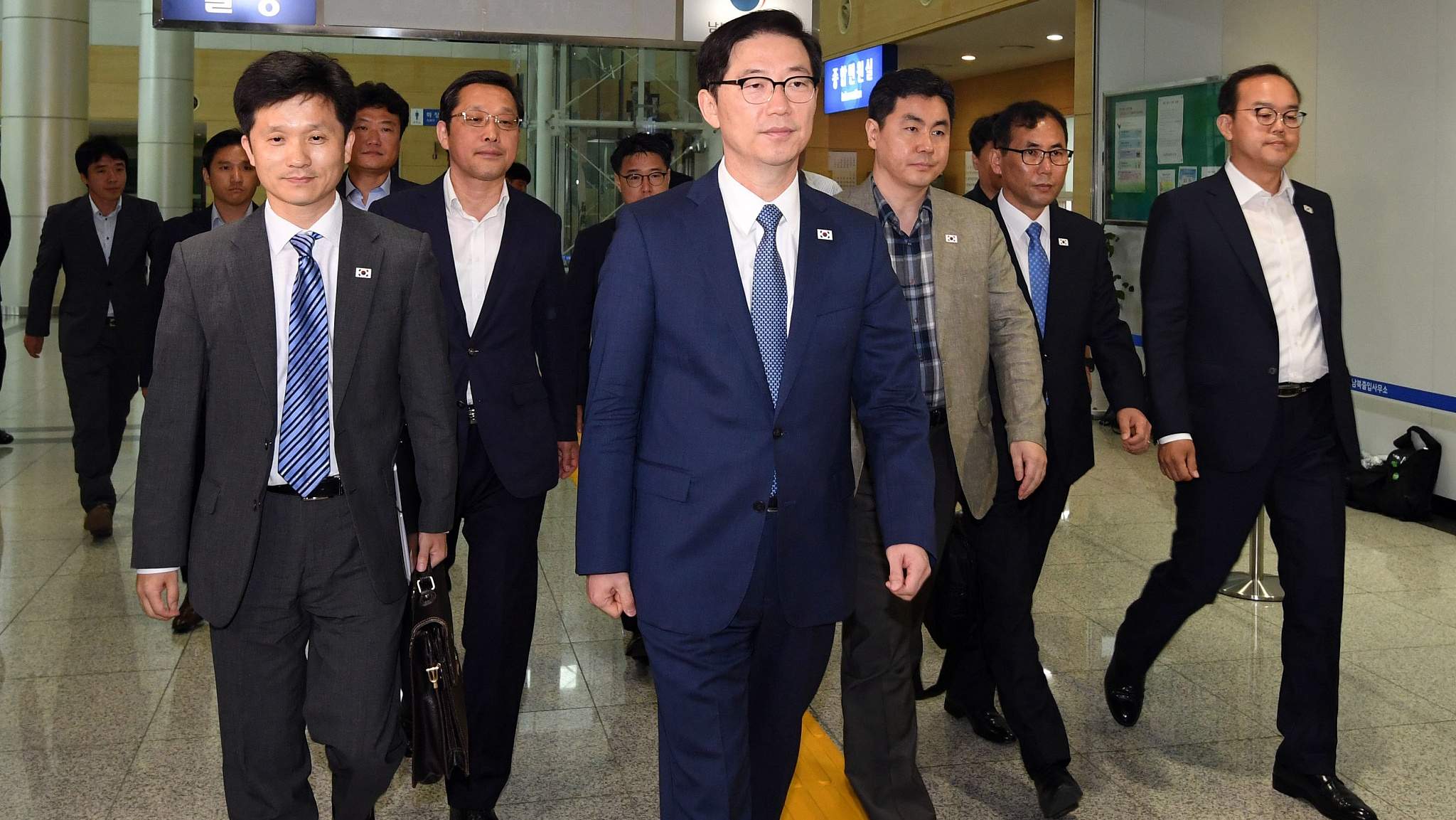 Officials from North and South Korea agreed to set up the joint liaison office in Kaesong on August 2, 2018. (Photo: CGTN)

South Korea is in consultations to exempt a joint liaison office with North Korea, which the two sides plan to open this month, from UN sanctions, according to the South Korea's Yonhap news agency.

The liaison office would need oil supplies – and therefore a waiver of sanctions on North Korea – to generate electricity for South Korea officials who stay in the North Korea border town.

Yonhap quoted an unnamed South Korean unification ministry official as saying the government "continued to consult" with relevant parties on the matter.

South Korea and North Korea agreed to set up the joint liaison office in the North Korean border town of Kaesong in August.

Its opening would be part of efforts to implement the Panmunjom Declaration signed by South Korean President Moon Jae-in and top North Korean leader Kim Jong Un after their first summit meeting on April 27 at the border village of Panmunjom.

The inter-Korean industrial complex in Kaesong has been suspended since the previous South Korean government unilaterally closed it down in February 2016 over Pyongyang's nuclear test in the previous month.

The scenic North Korean resort of Mount Kumgang was exempted earlier from UN sanctions as it is scheduled to host the reunion of Korean families separated across the inter-Korean border from August 20-26.

The inter-Korean tourism project in Mount Kumgang, launched in 1998, had been suspended since a female tourist from the South Korea was shot dead in July 2008 by a North Korean soldier allegedly venturing into an off-limit area.